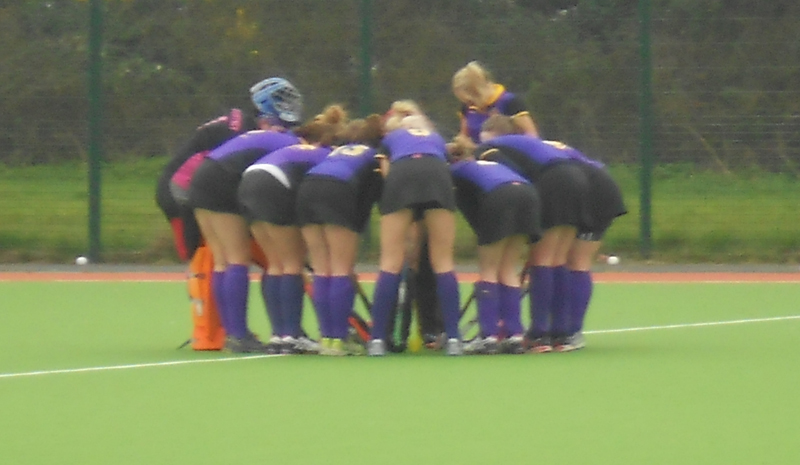 With confirmation this weekend that Muckross have taken the Division 3 title, Pembroke desperately needed a win against Weston to remain in contention for second place. Despite missing regulars Darinia Errity and Sara Raymond, the Ladies 3rds were bolstered by the return of Julie Delany, Elaine Thompson and Jen Tutty to the squad, as well as the debut of Avril Burgess. Despite heavy traffic and Steph’s reputation for being ‘geographically challenged,’ all team members made it to Lucan (though not all) on time.

The first half saw an overall poor performance by the Pembroke side who struggled to adjust to Weston’s style of play. Weston won tip-off, and immediately knocked the ball over the PW endline, evidently seeking to wedge the visitors into their own 25. Weston’s high press certainly disrupted the PW play, making the quick transfers exceedingly difficult. The opening minutes saw a complete disruption of the PW structure, in a process that was to continue throughout the opening half. Luckily, the defence did well to soak up much of the pressure, with regulars Lyn, Sorcha, Ciara and Katie doing well to keep Weston out of the D. for long periods of time. The opening half saw some end to end action with Lorraine, Fiona, Annie and Jen in midfield interacting well with each other and the forwards.

PW challenged the Weston defence several times during opening half, but it was Weston who had the first shot at goal. Luckily, the effort was saved and cleared. Following this, PW had their own attempts at goal, with Julie, Elaine and Fiona testing the Weston keeper, but nothing resulted. Weston also had their own chances; their most challenging attack coming from a one-on-one with ‘keeper, Steph who successfully deflected the shot wide. Shortly after, PW had their own one-on-one against the Weston ‘keeper, who unfortunately also won her battle against Sarah McCready.

Coach, Ali Pigot recognised the need for some reconstruction in the team, and the second-half saw some positional changes. Annie was moved forward for “7 minutes” but played so well that she remained there for the duration. Katie was moved into mid-field, after Fiona had a bad slip that relegated her to the bench for the remainder of the match, while Avril stepped in as a formidable right back, settling in to the team brilliantly. The changes worked fantastically, and Pembroke really started to break-down the Weston defence. Within minutes, PW won a short-corner and finally started their ascent to victory. The clever routine saw Annie inject the ball to trapper, Lyn, who steadied it for Lorraine’s slip back to Annie at the near post, who calmly slotted it home for a 1-0 lead.

Pembroke’s slew of attacks continued throughout the second half, but despite countless shots and two other shorties, the scoreline remained 1-0. That was, of course, until some clever team passing between Ciara, Lorraine and Elaine resulted in a lovely ball directly across the pitch to Katie waiting in the Weston D. Katie calmly put the ball out of the reach of the Weston goalie with a reverse stick shot. Despite being 2-0 up, Pembroke remained focused and determined, with the defenders keeping Weston out the D. for the remainder of the match.

This victory ensures that Pembroke remain in a good position to claim 2nd place in Division 3. Thanks to our supporters who braved the inclement weather, and also to friendly hosts, Weston for their kind provision of refreshments.