Big win for Ladies 1sts in battle for IHL place 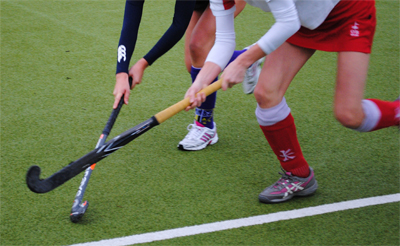 On Saturday afternoon the Ladies 1s played away to Old Alex in 6th round of the league. The team did well to secure a a win against an IHL side, the first time in over 3 seasons in the Leinster League.

During the first half of the game Pembroke had a string of good attacks, creating a lot chances down the right side of the pitch gaining many opportunities on goal with Sorcha Clarke drawing the best out of the Alex keeper and Eanna Horan smashing one off the post which couldn’t be controlled on the rebound. Pembroke kept the pressure on and the ball finally went into the back of the when Rachel Scott finished off a corner after the initial phase was kept out.

In the second half Alex came out stong and started putting the pressure on. Pembroke defence kept calm and collected with some crucial tackles being put in by Hayley and Katie. Stella Davis was called on to make two very smart saves and this keeps our clean sheet to three games in a row with the best defensive record in the division.

In the last 15mins even more pressure was added as we finished the game with 10 players due to Jilly being sent off with a red card. The players reacted well and closed out the game keeping the Alex attack at bay.

This leaves us 4th in the league, 3 points from top. All the support from the sidelines is greatly appreciated and we hope to see you down this Saturday – 12.30 at home when we take on Railway which is always a great local derby game!!!