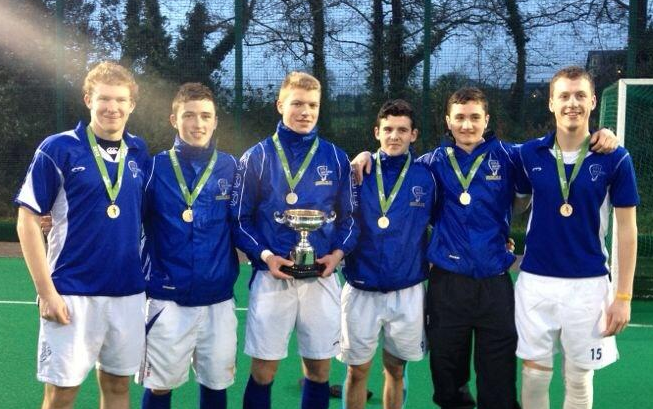 Last weekend Leinster won the 2012, U18 Interpro in style by winning all their games. While it sounds a little one sided, it was far from that on the pitch, both Ulster and Munster had strong squads. The weather was foul, with both frozen and flooded pitchs.

Leinster were runners up to Ulster in the U16 competition. Congratulations to Alex Barlow-Ladias who represented Pembroke in that competition.

Following on from their Interpro success, four of the lads have been selected for the Irish U18 trials, David Kane, George Dagg, Mark Lougrey and Hugh Lavery.