Disappointing day for Ladies out in St Andrews

Both the Ladies 1sts and 2nds faced Hermes last Sunday afternoon in a cold and wet St Andrews at Booterstown. The Ladies 1sts were first up, for their first league game of the calendar year. They started off strongly playing mostly in Hermes territory and had a few chances in their circle, however Hermes were first to score. 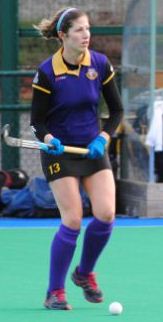 Pembroke fought back quickly with Orla Canavan working her way into the circle before laying off a ball, which Claire Picard slammed into top right corner of the goal. In the 25th minute, Hermes had their first short corner which they converted, leaving the score at half time 2-1.

The girls went out in the second half with renewed vigour and our tails up. Some fast penetrating runs were made and the girls managed to keep Hermes pinned in midfield for the first 15 minutes of the second half. Unfortunately they managed to break through the girls “amazing fantastic defence” and score twice more on the break. Pembroke kept the heads up and kept battling however none of their attempts were successful. Thanks to the supporters who braved the elements in this awful Irish weather we are having, sick of the cold, we want some sun and heat!

Next up the Ladies 2nds took to a sodden field, looking to continue where they left off before Christmas when they beat Hermes 5-2 at home. Hermes however defended doggedly all afternoon long, Mary Good in goals having a particularly useful day’s outing. The girls took the lead through Eimear McCarthy, but Hermes equalised before the break. Despite most of the possession the girls couldn’t convert in the second half and the point means they are now 3 points ahead of Loreto, but with a game in hand.