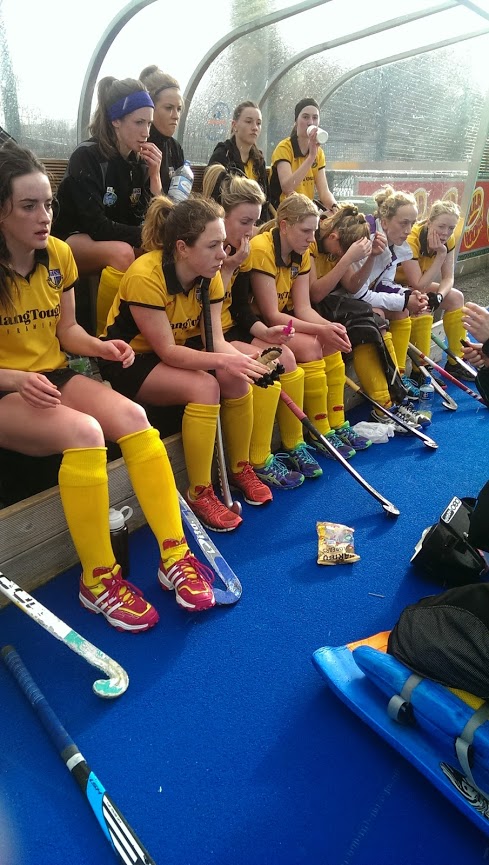 The Ladies 2nds continued their excellent record against northern teams in Irish Junior Cup, beating Pegasus 1 – 0 in the Quarter Finals on Sunday.

Considering the conditions of late, it was a glorious day for some hockey, and the sun was beating down in Serpentine Avenue for the IJC quarter finals. With a dip in league form in the run up to the game the girls were feeling anxious, but some calming words from coach Ronan (Paddy was on his own IJC duties up north) set the tone nicely. In fact, maybe we took the calming influence on board a little too much, as the opening 20 minutes were missing the excited nervousness that normally accompanies a cup game. Pegasus pressed hard and Fiona O’Donovan, who had a superb game, made a number of critical tackles to keep them out of the circle.

They did win a couple of shorts, but Jessie Elliott was in her usual top form and cleared both well. At the far end the “Pembroke Press Machine” was in full swing, and the forwards harried and harassed the defensive line relentlessly.

Their efforts reaped rewards, and they won a string of corners. Maeve Faherty pounced on a rebound from PC number 3, scoring her first goal for the 2s this season and putting the girls 1-0 up v Pegasus with about 10 mins remaining in the first half. The goal re-energised Pembroke, and they upped the tempo and the noise and started to take hold of the game.

Half time team talk done, the teams lined out and Shona took off from the half way line making good ground before being tackled. A strong spell of pressure was rewarded with a number of corners, but the Pegasus defence, aided by both the uprights, held strong and made some great saves off the line to deny Pembroke a second goal.

Mid-way through the second half Pegasus camped out in the Pembroke half, and the back line soaked up waves of pressure to keep them at bay for a spell. Tara Junghenn in left back made some excellent tackles, and tracked her player so tightly they didn’t have an inch to move, while on the right Joanna danced past sticks as if they were not even there, providing a great attacking outlet.

All over the field people were putting in the work, with Sophie Craig (an U16’s game already under her belt that day) tormenting the Pegasus defense, and “the Anna’s” non-stop running and attacking up front, right back to Jessie in goals who never gave her defensive line a second to relax. Lizzie de Araugo in particular was immense throughout the game, and put in a man of the match performance in centre midfield, running riot around Pegasus.

Roadtrip to Cork to face some familiar faces awaits…

Despite coming agonisingly close on a number of occasions Pembroke could not find the second goal, but one was enough to take the win! The girls face Cork Harlequins (featuring former players Val Fenton and Alma Carey) in Cork on Sunday March 23rd.

Huge thanks to all the supporters who came out on Sunday, especially birthday girl Helen Walsh and crew nursing heads from the night before! 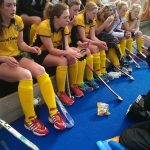