Fingal win for Pembroke ahead of Monkstown clash 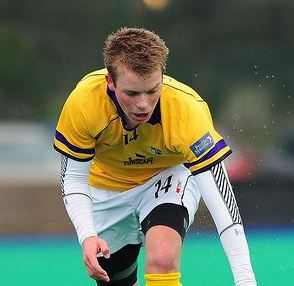 On a fresh early afternoon Pembroke played Fingal out at the airport seeking to stay in touch with the leaders in the Leinster Senior League. Fingal are in the bottom half but have had some better results of late.

There was no score after 20 minutes even though Mark Loughrey was prominent along with Mossie Elliott and Michael O’Connor. In defence, Conor Harte was commanding and of the others, Flannery and Pritchard were tidy.

From a breakdown in play the ball in the middle of the pitch it was played forward, picked up well and at pace by Loughrey just outside the 25 and with space and no defenders ahead he burst into the circle and unleashed a strong open-side shot from the inside forward position, across the ‘keeper and into the goal for a 1-0 lead. Unfortunately within a couple of minutes Fingal attacked from halfway down the right and whilst there seemed plenty of cover defenders no one could take the ball off the attacker who got to the edge of the circle, squared the ball across and it was comfortably tucked away at the far post for the equaliser. The Half finished 1-1.

The second half started with Pembroke dominant from the back to the front and scarcely permitted Fingal much possession except from hit outs and careless passing or basic lack of ball control. Several corners were awarded and from the 3rd Harte’s drag flick hit the post and rebounded for McKeever to put away so with 20 minutes to go Pembroke led 2-1. They continued to dominate possession and territory and three subsequent corners were saved as were a number of clear goal scoring opportunities to Lynch, Elliott and O’Connor.

During the half Pembroke picked up 2 green cards, Harte and Elliott for indifferent/poor tackling. Eventually, with only 5 minutes remaining, Loughrey popped up in the circle to take a cross/pass ahead of the ‘keeper and on a “one on one” the keeper missed the ball and it gently crossed the line for his second and Pembroke’s third goal.

Pembroke take on Monkstown on Sunday at 2.45pm in Serpentine Ave – come down to Pembroke this Sunday for some top class hockey and support the lads if you can!