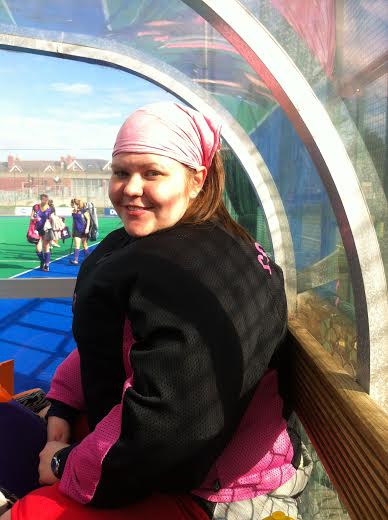 Ih the early spring sunshine setting low in the west, the coin toss looked like it was going to have an impact on the Ladies Cup semi final at Serpentine Avenue. Pembroke 5s won the toss and elected to play with the sun on their backs in the first half.

Despite the sun, Avoca started strongly and, cheered on by their vocal traveling supporters, dominated the opening minutes of the match. Pembroke weathered the early storm and managed to keep the visitors at bay without any serious early scares. The home side built from the back with Maeve Farrell aggressively channeling the ball up the right hand side, moving play into the Avoca half.

Avoca battled hard in midfield but defended deeply allowing the Pembroke front line of Clodagh Rigby, Fiona Keenan and Christine Lynch, the space to put sustained pressure on the Avoca goal. The pressure showed as Avoca conceded a number of short and long corners. Pembroke threw everything at the Avoca goal but could not convert the pressure into an advantage on the scoreboard.

Avoca managed to counter attack back up the field to keep the Pembroke defence honest but as the halftime whistle blew the match was locked together in a stalemate. In the huddle, it was up to Pembroke coach, Oisin de Barra, to rally the troops after a frustrating half and to find a way past the Avoca defence.

The second half picked up where the first had left off with Pembroke trying to sneak the goal that their dominance deserved. However, Avoca didn’t let the home side have it all their own way. Avoca began to make more regular incursions into the Pembroke half and began to look like a side that would nick a goal against the run of play, but Steph Courtney ran a tight ship and ensured nothing got past her pads.

It was classic cup hockey as time ebbed away and both sides became aware of the value of a late goal. As the tension ratcheted up, Pembroke struck what was to be the decisive blow. Avoca conceded a short corner and with a well-worked training ground move, Fiona Keenan provided Katie Ryan with the opportunity to deliver and score with a reverse nudge.

With only about 10 minutes remaining, Avoca subbed their keeper off to be replaced by another outfield player. Their efforts to chase the game were initially effective with all Pembroke hands to the pump to repel the advancing Avoca horde. Avoca had their chances to level the match but Pembroke sweeper, Ava Cooper, kept her cool and the Pembroke defence kept the attackers out. 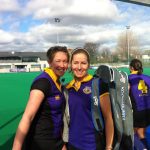 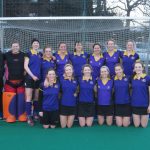 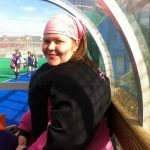 
In a sweeping counter attack, Pembroke broke quickly past the now over committed Avoca defence to put the seal on victory with Ash Schutte applying the killer blow.

Insult was added to injury when two Avoca players were sin-binned for throwing their sticks at the ball in a futile effort to prevent the goal.
Reduced to nine players and 2-0 down, Avoca tried to rescue the situation. It was not to be however and the final whistle blew. Pembroke can be rightly proud of a resolute performance over tough opposition.

The girls will now meet Loreto in the Final where they will aim to defend the Cup they won last season!
Courtesy of William MartinSmith