Flying start for Flanner's Fledglings in Junior Cup 1st Round 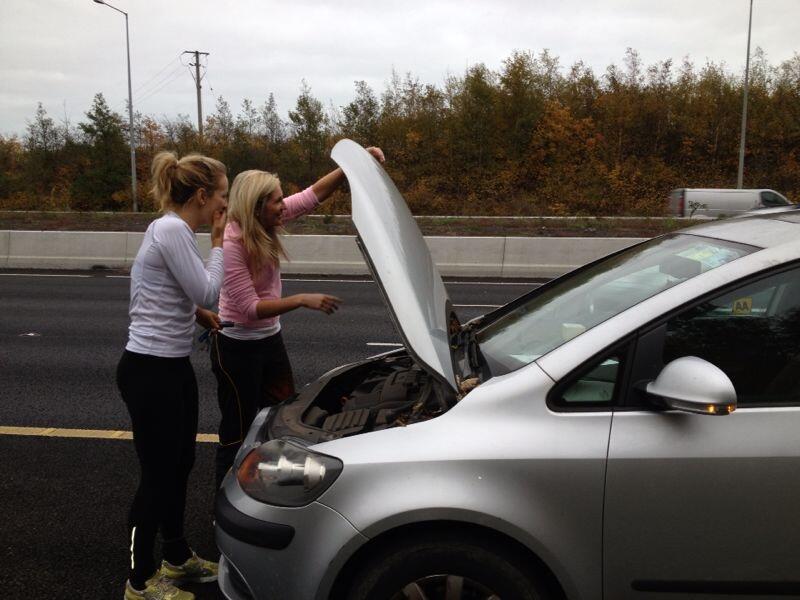 Last Saturday was a day of firsts:

[dt_list_item]Jen and Catriona’s first time to play for the 2s this season.[/dt_list_item]
[dt_list_item]Pembroke’s first game in the defence of their Irish Junior Cup title.[/dt_list_item]
[/dt_list]
After that it was all too familiar, with the 2’s making the trip up North to take on Randalstown at Antrim Forum. There was a certain sense of comfort in this – in winning the IJC last year 4 of the 5 games were against Ulster teams. The last time these two teams met was in 2010 when Pembroke dethroned the reigning champs with a tough fought victory only secured in silver goal extra time. Just two of that team travelled up north to face Randalstown again, Eimear McCarthy and Fiona O’Donovan the sole survivors of the 2010 campaign.[dt_fancy_image style=”1″ border=”0″ lightbox=”true” animation=”right” align=”right” width=”500″ media=”” image_alt=”Will Jessie ever be allowed drive to a match again?” hd_image=”” image=”https://pembrokewanderers.ie/wp-content/uploads/2013/11/jessie-car-trouble.jpg”][/dt_fancy_image]

The early stages of the game were played at pace, with both teams starting strong out of the blocks. Randalstown had some useful players up front who got in behind the back line and forced Jessie Elliot in goals into action on her near post on a couple of occasions. However the usually solid Pembroke defence soon had the measure of the Randalstown forwards and closed down the attacks. At the other end, Katie Codyre was running riot, closing down the Randalstown back line and picking up a lot of intercepts.

The midfield of Lizzie, Jane, Jen and Shona had the upper hand on their Randalstown counterparts, and the continuous waves of pressure resulted in a number of near misses at both posts.

The deadlock was finally broken when Shona zig-zagged her way through multiple tackles and won a free on the 5yard line. She headed for the baseline, and deftly passed into Elaine who was hovering on the penalty spot and screaming for the ball. In a move that Paddy would have been proud of, Elaine collected facing away from goals, and with the goalie right behind her, pushed away from the keeper for space and reversed it neatly into the goals to go 1 nil up into the break.

In the second half, Randalstown stepped up their press, but Pembroke handled it well, and shortly after the restart Elaine again found the goals once more, again linking up with Shona before showing some neat skills in the circle and flicking it past the keeper. Pembroke were in control at this stage, and Katie Codyre’s hard work was rewarded with a great reverse finish to go 3nil up. Sarah McCready created her own opportunity to get on the score sheet.

Only arriving at half time after playing a schools match first in Dublin that morning, Sarah’s first action on the pitch saw her win a corner. Fiona O’Donovan smashed in a huge power shot, which Sarah deflected beautifully into the roof of the net leaving the keeper no chance and taking the team to 4-0.

In the closing 6-8 minutes Pembroke lost concentration and conceded two soft goals but cups cant be won on goal difference and the girls and Ronan were delighted to get their campaign off to a winning start leaving Randalstown with a 4-2 victory under their belts.

Mossie is the man