Both the Men’s and Ladies enjoyed wins in the Irish Junior Cup over the weekend to book safe passage into the last 16 of this prestigious competition. The Men had the easier route, away to Clontarf II’s in their first IJC game of the season. Certainly the opposition will improve in standard as Clontarf II’s play in the men’s third’s league. The forwards were free scoring notching up seven in the second half to finish the game with nine goals with Eric Foy, Johnny Walker and Kirk Shimmons finding plenty of joy on a comfortable afternoon for this outfit. The lads now play Railway Union in the next round – this Saturday in Park Avenue at 13.00.
>> Details for the Men’s IJC draw are here

The Ladies 2nds had a trickier tie in Antrim against reigning champs Randalstown. An early goal for Mick O’ Connor’s side came from Captain Eimear McCarthy’s corner strike, but Randalstown were back into the game 10 mins later to level, also from a short corner. Pembroke upped the ante in the second half, Fiona Keenan and Alison Pigot slotting into the side seamlessly, while Eimear McCarthy and the rest of the defence were trojan-like keeping out Randalstown’s young pacey attackers. Extra-time came and it took Pembroke only a few minutes to wrap up the win with the killer goal, Claire Picard started off the move, which eventually led Mary Gamble to square a ball to Susan Ryan who converted from the centre of the D to give the visitors a golden goal win and a very happy journey home back down the M1. The Ladies will face Loreto II’s on February 5th in Serpentine in the last 16.
>> Full details for the Ladies’ IJC draw are here 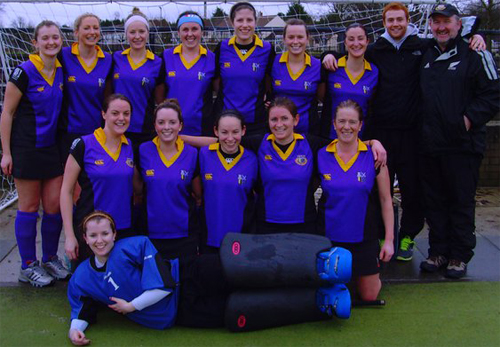 It was an extremely busy weekend all round, the Mens and Ladies 1sts both took 3 points from their league games on Saturday – Jilly Collins wrapping up her final appearance for Pembroke this season with a classy finish against Corinthians. The game also saw Julie Delany make a long overdue appearance for the 1sts where she showed touches of class up front when called on to replace Anna O’ Neill last minute. 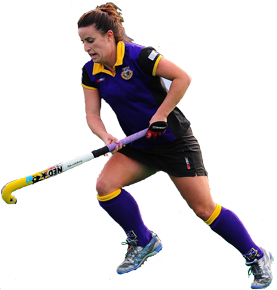 The Men scored 4 with no reply against Weston in Lucan to stay 3 points off the top of Division 1. The Men’s 3rds and 4ths also enjoyed league wins on Saturday while the Men’s 6ths lost out in the Cup away to Athy.
On Sunday the Ladies 1sts beat Railway Union II’s 4-2 to advance in the Jaqcui Potter Cup – Shona Doyle netting a hatrick. A good weekend for Justin and Alec Barrett’s side.

Elsewhere in the Cup the Ladies 6ths advanced, Jude Hayward (you guessed it) with the vital goal, while the Ladies 3rds had a nervy Cup win over Botanic in Glasnevin on Sunday, Katie England benefiting from a great run by schoolgirl Joanna McDonald to grab the win. The Ladies 2nds could be forgiven for loosing 2-0 in Glenanne Pk to Glenanne 1sts (also in the JP Cup) following their exploits up north the previous day – with injury and unavailability the 2nds were missing 6 players, once again Julie Delany ably stepped up while schoolgirl Sarah Twomey, Alison Brannigan Eleanor Rattigan and the versatile Sue Williams also lined out in a very encouraging performance against the Div 1 side.