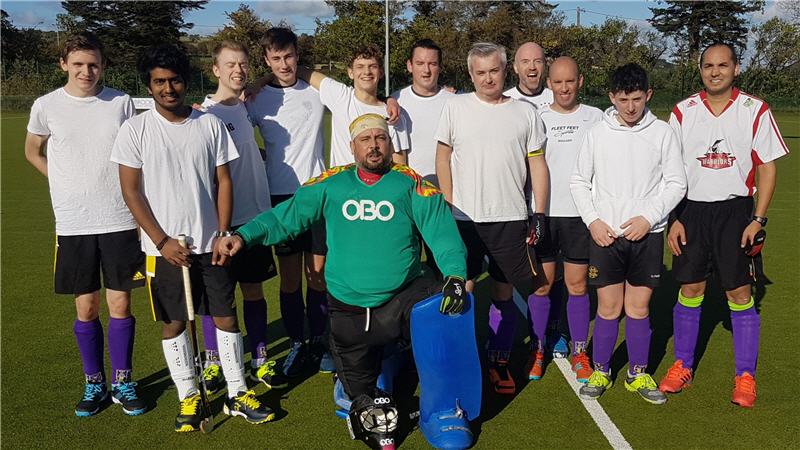 With 17 goals recorded over two Pembroke ties last weekend our M1s and M6s were in free-scoring form as they recorded victories over Avoca and Bray respectively.

Hugh McGoldrick’s M6s travelled out to Temple Carrig School in Greystones to meet a determined Bray 3s in the opening round of the Leinster Minor Cup. Neel Bhandari showing his cricket pedigree early-on to turn a Nick Grimwood cross deep into the gully for the opener.

An insurance strike from Arthur Simms from a penalty corner opened the taps allowing Neel Bhandari to grab a second and Nick Grimwood to chip in with two of his own. A solid debut from Pawan Prajapati put the finishing touches on a 5-1 cup win which puts the M6s on course to meet Avoca next month in the quarter-finals.

M1s came out on the right side of a 7-4 home win over Avoca in the second round of the Irish Senior Cup. Four goals from Alan Sothern underlying his importance to this team as they battled a surprisingly mobile Avoca 1XI featuring a couple of former Pembroke headliners in Ivan Cooke and Ben Schutte.

Further goals from Jack Ryan (2) and Jordan Lyner flattered the home side somewhat as coach Carley has to reset once more for the EYHL trip to YMCA on November 9th.