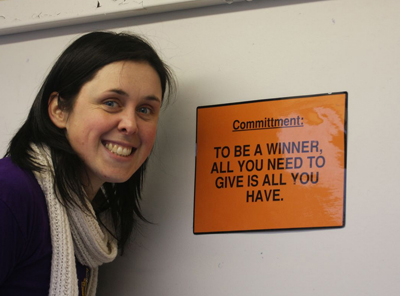 For the third time in this campaign the Ladies 2nds faced Northern opposition in their drive to reach the IJC finals for a second year running. This time it was Lurgan away, and with both teams top of their respective leagues it was always going to be a tough competition. The first half was a very even affair, with both teams playing some good counter hockey, but with limited rewards. Pembroke forced just one corner while Lurgan failed to win any.

The game was largely played between the two 25’s, but Pembroke looked a little sluggish in reaction time, with Lurgan doing well to catch the Leinster side off guard on a number of occasions. Mick and Ronan made it very clear in the half time talk that the travelling side needed to step it up, and from the re-start Pembroke began to gain the upper hand. Shona Doyle and Ciara Howard on the right in particular were outstanding, with Ciara demonstrating some inch-perfect stick work to dance the ball down the line. 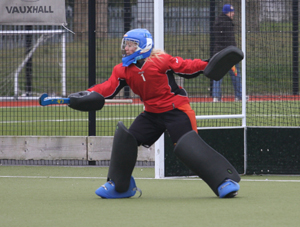 Lisa – solid as a rock

Shona almost single-handedly created the goal chance when it came, stealing the ball inside her own half and burning down the right wing before finding Sue Ryan waiting on the baseline. Demonstrating her trademark composure Sue played a beautiful ball onto the T-Spot to find Shona who squared to Holly waiting at the backpost. Holly beat the keeper superbly to finish off the move.

Lurgan did not give up, but the Pembroke back-line held up well and did not allow the home team any clear cut chances. With minutes to go there was a momentary panic when, as Lisa dislodged a wide ball from the hoardings, the umpire looked straight at her and called “keeper substitution”. Lisa looked aghast thinking she was being sent off for time-wasting, until we realised that Lurgan were throwing everything they had at us and took their keeper off. The remaining minutes were frantic, with play racing up and down the field, but Pembroke held out for the win and progressing to the semi-finals of the IJC.

Many thanks to Paddy Deering for making the trip up to support, while Lou Tolerton also put in a sideline appearance fueling speculation she’ll be making a dramatic return to hockey action before the season ends.

Orla Canavan (injured) with the photos 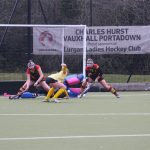 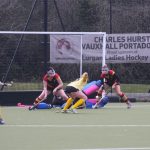 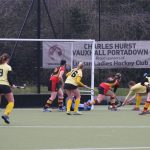 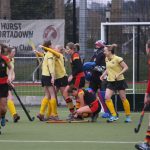 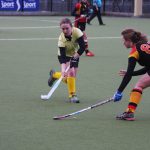 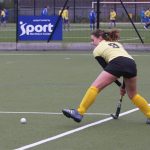 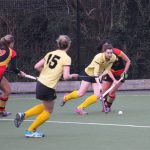 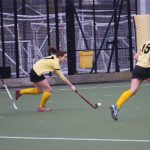 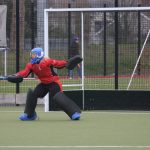 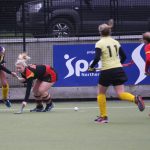 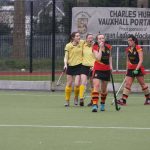 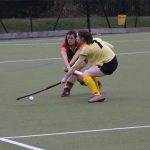 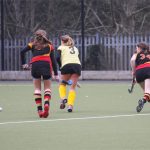 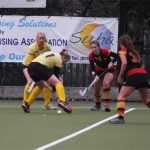 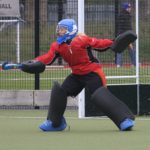 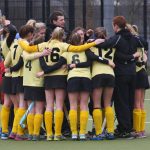 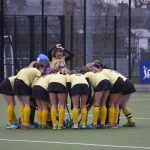 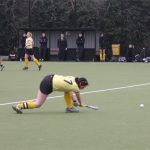 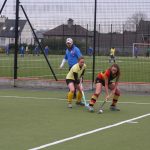 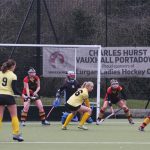