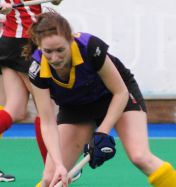 Pembroke II’s faced Railway II’s in Railway in a what is always a vigorously contested local derby at the weekend. Ronan Flannery was flying solo on the coaching front again with Mick on ISC duties but was undaunted by the task that was left on his shoulders. The game started at pace, with much of the battle taking place between the two 25s for the opening quarter of the game. Pembroke probed at the Railway defence a number of times but were unable to generate any returns.

Viv Fenton was an early loss to the visitors, straining her achilles after about 15mins of play, however Ronan responded quickly and made a number of astute changes to adapt. Rachel O’Brien switched sides from her usual right hand run and slotted effortlessly into left mid, where she dominated her opposite number and quickly started to reap some rewards inside the Railway 25. After a period of concentrated pressure Lizzie de Aragua got on the end of a pass into the circle and calmly passed it outside the left foot of the keeper and into the far corner to open the scoring. Railway responded well and Pembroke had to soak up a significant amount of pressure immediately after. 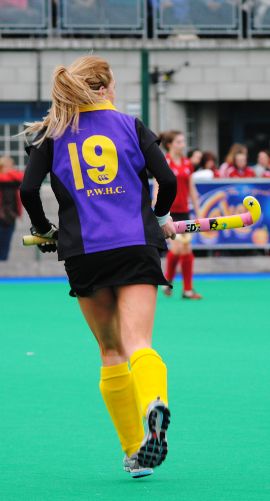 Lisa O’Rourke made a number of excellent saves, and Anna O’Neill (playing in center forward!) popped up in goals to clear a ball off the line to keep Pembroke in the lead. At half time the team talk was simple but effective, and Pembroke really came out of the blocks in the second half.

Tara Junghenn had an excellent game in the right back position and combined well with Ciara Howard to drive the movement forward down the right hand side. Ciara was instrumental in the second goal, moving the ball well and placing a perfect pass into the waiting Shona Doyle who, with back to goal somehow managed to deflect the ball in past the looming keeper to take the game to 2nil. Disappointingly, Shona’s goal celebration was much more muted than her previous weeks efforts.

Some inspired changes from Ronan (or “Coach” as he insists on being called) were instrumental in the third and final goal, which Ciara Howard hammered home from play for her first of the season. Game finished 3nil to Pembroke and leaves them 2 points clear at the top of the table with a game in hand.