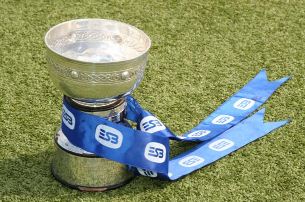 The 2nds undertook a trip up North for what has now become an annual fixture in their IJC campaign. This year they faced Ulster Elks and a convoy of cars left Pembroke bright and early on Saturday morning. Conditions were cold, and the pitch was extremely heavy underfoot, but marshalled by Coach Ronan Flannery the girls were ready from the off after a lively warm up. Shona burst forward from the tip off and made it to the Elks 25 before she won a free. That set the tone and pace of the game in what was to be a fast and physical encounter. 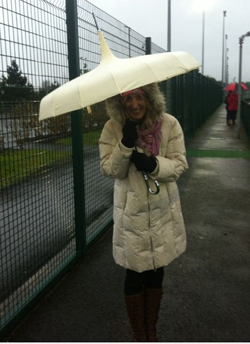 Despite pressing the students hard, Elks countered well and showed their pace up front early on. The Pembroke backline held up well however, and turned the ball over each time. Some early position adjustments from Ronan changed the game, and Kats Duff had an immediate impact in CM, powering forward through the middle and winning a corner. That one didn’t convert, but the onslaught of the Pembroke mids & forwards reaped rewards, with the Dublin team converting two in the first half. The first was a power slap from Fiona which Elks managed to get a touch on, but Anna O’Neill was waiting and hammered home the rebound. The second came after a string of short corners in succession – the Elks keeper pulling off some excellent saves to deny Pembroke – a direct strike was stopped dead by the keeper but Susan Ryan, showing renewed energy after her holidays, was quickly in and deftly flicked it over the outstretched keeper for number two.

The second half saw Elks pour on some early pressure, but Lisa O’Rourke was immense in goals to keep them at bay. The backline defended well, and conceded relatively few shorts despite the pressure. As the half wore on, Pembroke regained control and played some stunning hockey at times to move the ball from end to end in seconds. Holly Jones was unlucky not to find the net after some excellent play that saw at least half the team get a touch on the ball before it was rocketed into the D by Lizzie.

The work rate all over the pitch was superb, and the front line hunted down Elks relentlessly, forcing errors and winning corners. Kats Duff popped up for her second goal this season, getting on the end of another good save from the Elks keeper to take Pembroke to 3 nil. Pembroke closed out the half, though credit to Elks they continued to chase down the goals to the very end, and the game finished at 3-0.

Mention must be given to the three supporters, Annie Lawlor, Sarah Williams and Orla Canavan’s sister-in-law(!!) for braving the trip and the elements to come all the way up and support. Thanks girls!!