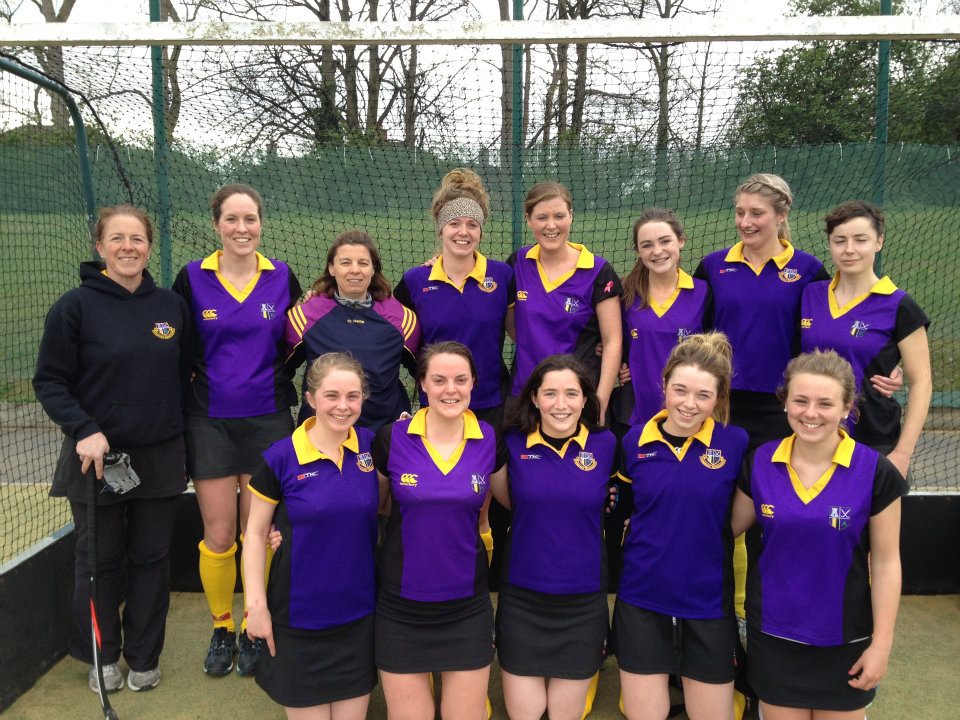 In what is always a tough battle, the 3rds took on Muckross at home in the Division 3 League on Monday night. Although missing regular players: Sorcha Ryan, Joanna McDonald and Sarah McCready, the 3rds were in a position to call from the league winners, and newly promoted 4s to fill the gaps in the form of Kerry Johnston, Julie Delaney and Aisling Sheriff. Aisling Schutte also donned her 3’s jersey for the night, and Rachel McGrath made her return to club hockey for the first time in 2013. The near-freezing temperatures demanded an intense warm-up, but Pembroke were eager for battle!

The last time these teams met the game had ended in stalemate: a 0-0 draw, and it was clear from the early minutes that this was going to be another very close encounter. The game started, and continued, at a frantic pace. Muckross dominated the early phases of the match, and much of the first 10 minutes was played in the Pembroke half. Pembroke did well to soak up the initial pressure, with Lyn Taylor, Kerry Johnson, Sarah Raymond and Ciara Devane forcing several Muckross errors and skillfully turning over possession.

Muckross eventually broke through however, seizing an early shot at goal that was cleared by the Pembroke ‘keeper, Steph Courtney. This was followed shortly after by another Muckross attempt, as they seized on a Pembroke defensive error and went 1-on-1 with the Pembroke goalie. Luckily, the shot was cleared but the incident served to highlight the speed and determination of the Muckross side! After this, the Pembroke defenders began to really highlight their skill in the hit-outs; utilising some speedy transfers around the back, they pulled apart the Muckross forward-line and created space for counter-attacking.

In fact, Pembroke’s first shot at goal came as a result of some lovely interaction between the backs, the mids and the forwards: eventually Lorraine Horgan entered the D and took a mighty shot into the lower left corner of the Muckross goal, but it was well saved by the Muckross goalie.

Ash Sheriff also found her barage of shots, denied by the skillful Jane Coyne. The match really did feature end-to-end action, as Muckross won the ball deep in their own half and made their way once again into the Pembroke D., winning a shortie for their trouble. The complex passing manoeuvre eventually resulted in a high shot that was saved by the PW ‘keeper.

Shortly after, Pembroke made their own way back up the pitch, securing their own short-corner; the cracking shot from Lorraine (who was almost celebrating the goal), unfortunately was saved by a Muckross postie and cleared wide. Pembroke continued to threaten for the remainder of the first-half, continuously pressurising the Muckross defence.

The second half continued like the first. The indomitable combination of Ash Schutte, Fiona Keenan and Katie England doggedly cut through the Muckross defence, breaking down play and causing them no end of trouble. Darina Errity’s off-the-ball work rate through-out the match was phenomenal, as her speed and fitness always kept her one step ahead of her marker.

Eventually, Pembroke perseverance succeeded: Annie Lawlor stole the ball off a Muckross stick in the circle and managed to pick out Julie on the penalty spot to reverse it into the goal through the legs of the on-rushing keeper. Pembroke pushed on from there, and Lorraine Horgan almost immediately created a few more chances that were just wide of mark. The forwards hunted and harried the Muckross defenders, but Muckross weren’t giving up without a fight.

The final 10 minutes saw the Pembroke defence pressurised again, but the teamwork was inspirational, as every member of the squad fought hard to keep Muckross out of the D, with Rachel being called back to take up a marking role on the back post, limiting them to long range hits from inside the 25. The girls held out and the game finished in a 1-0 victory to Pembroke!