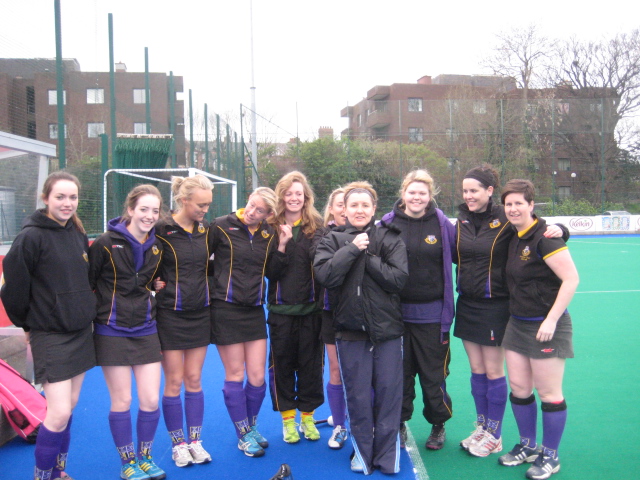 The Ladies 6ths, who have excellent Cup form in recent years scored a dramatic victory against UCD on Saturday. Our intrepid Reporter was at Serpentine:

Roisin Watson’s Ladies 6ths second round cup game against the students proved to be a very tense and exciting game. Marie Clare scored for Pembroke first, only for UCD to reply minutes later. Cait Maguire put Pembroke back in the ascendancy, managing to secure a second goal before half time. Despite the girls picking up the pace in the second half UCD responded with a second goal, making it 2-2. Schoolgirl Holly Porter set up perfectly for Cup Specialist Jude Hayward to beat the keeper, securing Pembroke’s third goal. Unfortunately a short corner for Pembroke was broken down in the last few munutes by UCD, who managed to equalize 3-3 just before the final whistle. 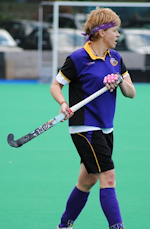 The first half of extra time saw both teams have a couple of chances on goal but neither side managed to convert these opportunities. Just as it looked like it may go to penalty flicks, and with five minutes to spare Jude Hayward’s strike from a short corner found Eli on the left post, who slotted home the golden goal.

Final score Pembroke 4 UCD 3. We now face Loreto 5ths in the quarter final on January 14th! It was a fantastic effort from the entire team, including schoolgirls Ruth Dillon and Holly Porter and the great support on the sideline. Man of the match goes to goalie Steph Courtney who was determined not to let anything past her during extra time!

Genesis 0 Pembroke Wanderers 3
Our roving reporter was in Belfield
A great team performance against Genesis and well deserved win after all the hard work we’ve been doing in training.

The first goal was a cracker of a short corner from Eimear McCarthy…perfectly pushed out by Lou Monahan, stopped by Lynzer and smashed home by Eimear.
The Second was from open play, Annie Lawlor dodged several players to arrive at the back right of the circle and pop the ball back to Rachel McGrath (on a bit of a goal streak at the moment) who finished it in style. The third, also from open play, came from a ball moved quickly from defense up the left where Steph O’Connell finished it off in style.

The Ladies 3rds will face Clontarf in Mount Temple school for a place on the semi-finals, on January 14th.

Captains / Players – please send your match reports to web@pembrokewanderers.ie and get the recognition you deserve!