The Ladies 2nds faced Galway on Saturday in the Irish Junior Cup QF’s. Former Pembroke stalwart Emma Glanville was shoring up the defence for Galway, and the home team were expecting a tough challenge from the visitors. However, with a torrid few weeks of seemingly endless injuries, sickness and mid-term holidays behind them, and bolstered by the return of Clara Chamberlayne in defence, Pembroke Ladies were feeling confident of the win.

Galway started well, their up-front movement and constant switching took the Pembroke backline by surprise and there was some scrambling defensive manoeuvres in the opening ten minutes to keep Galway at bay. However, nerves settled quickly and the forwards worked well to win a corner against the run of play. A second corner followed shortly after, and despite a miscommunication of the set-piece the ball popped up unexpectedly at the back post for Lou Tolerton to coolly slot home the first goal of the day. 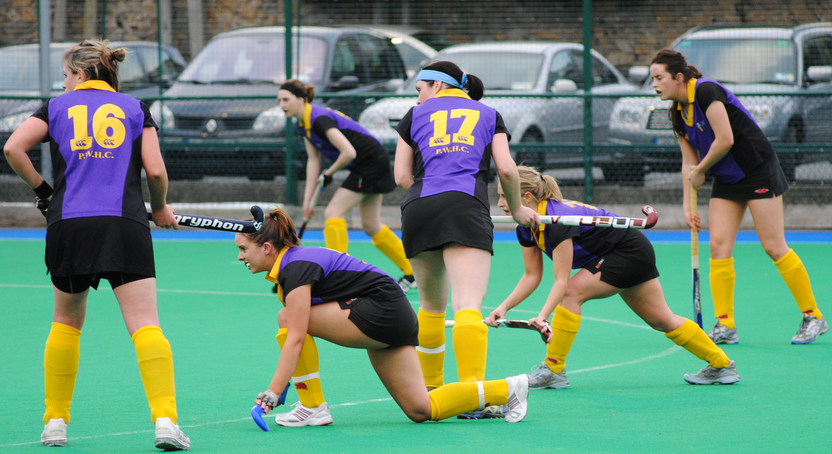 After that Pembroke began to dominate play, and Anna O’Grady in particular put in a man-of-the-match performance up front that left Galway reeling. The visitors struggled to keep up with the pace and the forwards worked well to create a number of chances, Lorraine Horgan pulling off a number cracking shots that narrowly missed the target. In midfield, Orla Canavan dominated play, and consistently forced the Galway attack to the sidelines.

Ali O’Mahony was taking no prisoners on Saturday and worked the left line tirelessly, both in defending and bursting through on attack. The constant pressure forced a number of corners and a second goal came from an Eimear McCarthy direct strike.

On the left, Viv Fenton was looking spritely (having started her day with a ‘gentle 10k run’) and made countless infield breaks that pulled the Galway defence apart and set up a number of goal chances. As the game wore on Pembroke maintained the high intensity and pressure and some great individual skills from Orla Canavan created goal number three, picking out the waiting Rachel Mc Grath at the back post to increase her impressive goal tally for this season.

Goal number four was the result of some good build-up play and nice two-touch hockey and Joanna McDonnell was in the right place to finish off the movement and take goal number four of the day. Galway did manage to force one corner in the closing few minutes of the match, but it came to nothing and Pembroke closed out the game comfortably.

As ever, huge thanks to the excellent Pembroke supporters, who were in full vocal swing on the sidelines.

The semi-final draw sees Pembroke take on Hermes at home in Pembroke on April 15th. Loreto will play Cork C of I in the other semi. 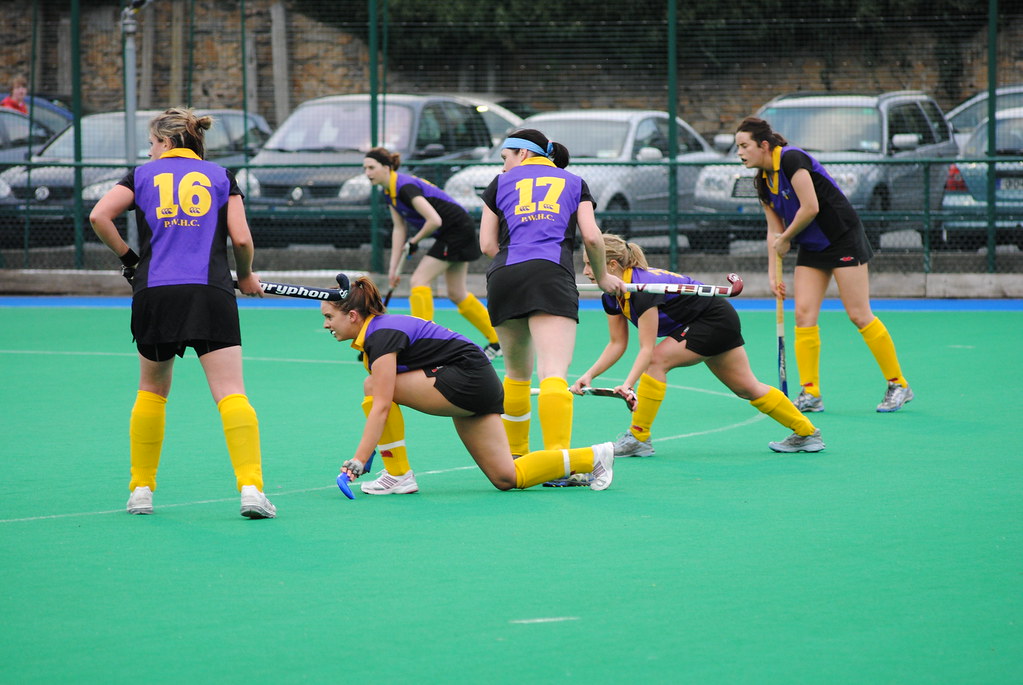