The 2009/2010 Ladies Pembroke Vets team won the league without losing a game all season (and only one draw) – surely the best record of any team in the Club this season???
They were presented with a beautiful Waterford Crystal Vase after the Vets tournament on Friday 7th May in Grange Road. The league games are played every two weeks mainly in Serpentine Ave on Friday nights, with a few away games. 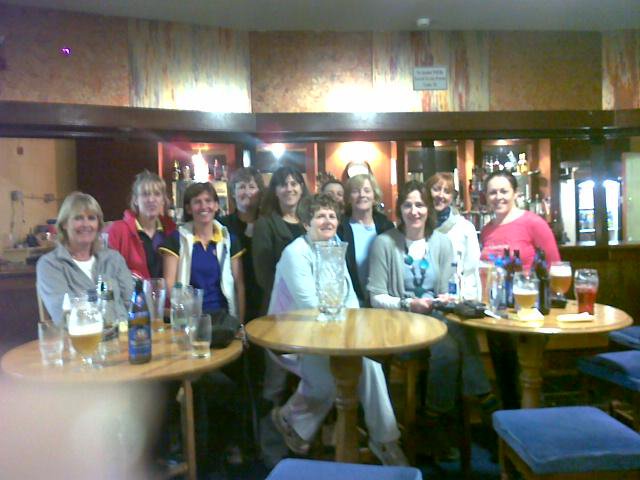 There is a panel of 30/35 players to draw from but occasional it is difficult to field a team due to family commitments but approximately 22 players were involved for this season. There was a good nucleus of players who made themselves available for every match.

Playing in this league is great fun and very sociable so if there are any of you out there (35 or over) would you please let us know.

Many thanks for Barbara Treacy for organising the Vets this year – well done Barbara on a great season.