Three Rock Rovers 2 Pembroke Wanderers 4 (Alan Sothern; Mick O’Connor; Mathew Brown; Tim Hill)
A last minute goal from Peter Blakeney denied Pembroke maximum points from their weekend outing to Grange Road over the Bank Holiday. Pembroke were in control for most of the tie but were disappointed not to come away with 4 points after Three Rock’s later ‘corner effort. Still, the 3 points now move Pembroke into second place in Pool B, and they will be looking to further build on this win when they take on Annadale, home in Serpentine Ave this weekend.

IHL full report »
Pembroke got their IHL campaign on track with a comfortable victory over Three Rock Rovers at Grange Road but will rue a last gasp penalty corner concession which cost them a winning bonus point.

They got off to a dream start, Alan Sothern whipping home his side’s second penalty corner in the fourth minute. Mick O’Connor made it two when he bounced the ball into the circle and crashed home a spectacular volley from the circle’s edge.

With just ten minutes gone, the signs were ominous as Craig Wilson dinged the post and Matt Brown crashed the bar before the South African got on the mark just before the break from another corner.
Rovers struggled badly in the first period but stepped up in the second, Colin Huet’s impudent tackle opening the door for Peter Blakeney to roof a reverse-stick shot.

Pembroke got back into bonus territory when Tim Hill scored against his former club as the Rovers’ defence stopped, waiting for a corner to be given again. The livewire forward played on and snapped in a brilliant effort. 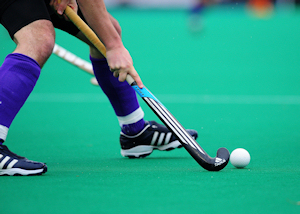 And it looked like that was the way it would stay until 90 seconds from time when Paddy O’Connor won a contested corner which Blakeney fired low past Davey Williamson, taking a slight sheen off a strong win.

IHL update
November 1st: Instonians have been docked 2 points for fielding an ineligable player in their Pool A IHL match against Monkstown on 15th October more IHL news »