Club Person of the Year – Our annual presentation of this prestigious award is one which this year proved difficult to decide. Normally there are several eligible candidates, of which one is outstanding, and a decision is easy to reach. This season hovever we had two such candidates and separation of them was impossible! 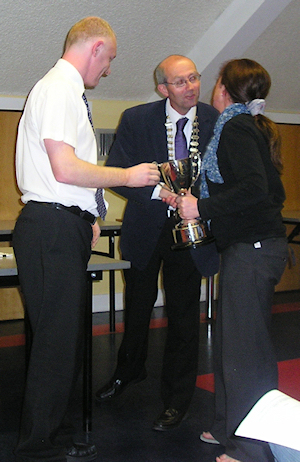 The two, Alison Pigot and Neil Farrell, have worked tirelessly both in their Club role as Fixtures Secretaries and in their other involvements, always networking, providing information on events, rules and the mindset of the LHA, and involvement in Club social and other activities – other than these time consuming activities the time in which they play and/or coach must seem like a rest!

This is only the second time in which the award has been made jointly (indeed Alison was a joint winner previously) and we expect that their normal co-operation will continue in reaching agreement on who holds the cup when over the next year!
Many congratulations to Alison and Neil, deserving winners of the 2011/12 Club Person of the Year award. 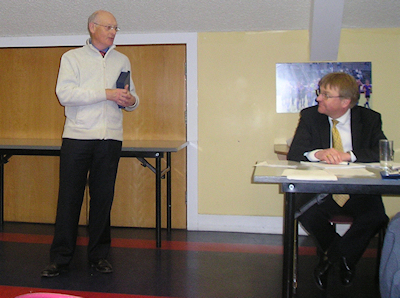 The Executive Committee conducted a review of potential recipients, as a result of which it was felt three Members should be rewarded for their commitment to Pembroke over a lengthy period.

Their service to Pembroke encompasses positions on the Management Committees (selectors, captains, secretaries), the Executive Committee, Club Officers including Club Captains and Presidents (sometimes both!), representation of the Club at Branch and/or Irish level, and general involvement in regular activities (team management, umpiring, coaching, grounds maintenance, car parking, social, etc) which assist and promote Pembroke in the hockey world.

It is with very great pleasure therefore that at the AGM on Monday 21st May 2012, the Executive Committee awarded Honorary Life Memberships to –
Andrew Kershaw
Deirdre Mackay
Paddy Deering

Congratulations to you all and may continue to enjoy the delights of Pembroke Wanderers for a very long time to come.