Mens and Ladies League campaigns kick off this weekend 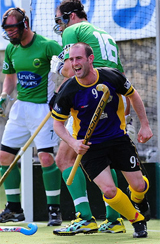 Mossie scores against Glenanne in the IHL semi-finals

Pembroke Wanderers Men and Ladies both start the season this weekend with tough fixtures against Glenanne and Hermes respectively. For both teams it’s a new era which brings new coaching teams. The Men will be hoping to get off to a flying start under coach Brendon Carolan, following on from their Cup win over Three Rock last weekend. Getting a first taste of league action at Glenanne Park will be the new trio of  Jethro Eustice, Gowan Jones, and Brandon Panther.

Paddy Good notes ahead of the big clash – ” Every year ‘Glenanne Away’ is the one away fixture that we look at to see where it falls – this year it’s first up. There’s a bit of an added extra now as for the first time in a long time, with so many changes, we’re a bit of an unknown quantity. This can definitely work in our favour as without a doubt there are a number of teams in the league who will be thinking that perhaps we won’t be at the races this year. I think we showed against Rovers that we can still play and dominate against good teams and get results. Glenanne is a place where you need to front up to the physical challenge, stick to the game-plan, and take your chances. We can do all three. The last match we played against the Glens was the IHL semi-final which was an epic encounter – this match could be just as big for us.” 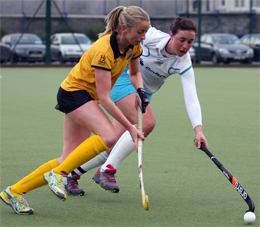 For the Ladies they don’t come much tougher than Hermes, but Pembroke have home advantage after the match had to be switched from St Andrews and the girls will be well up for the tie having worked hard and enjoyed a good preseason under new coaches Justin Sherriff and Alec Barrett. New players to the squad include Sharon Carey from Catholic Institute, with youngsters Avril Dooley O’Carroll and Olivia Smartt stepping up, while experienced midfielder Kats Duff (Little) has taken on the captaincy and will no doubt lead with fine example on the pitch as always. Best of Luck to all.