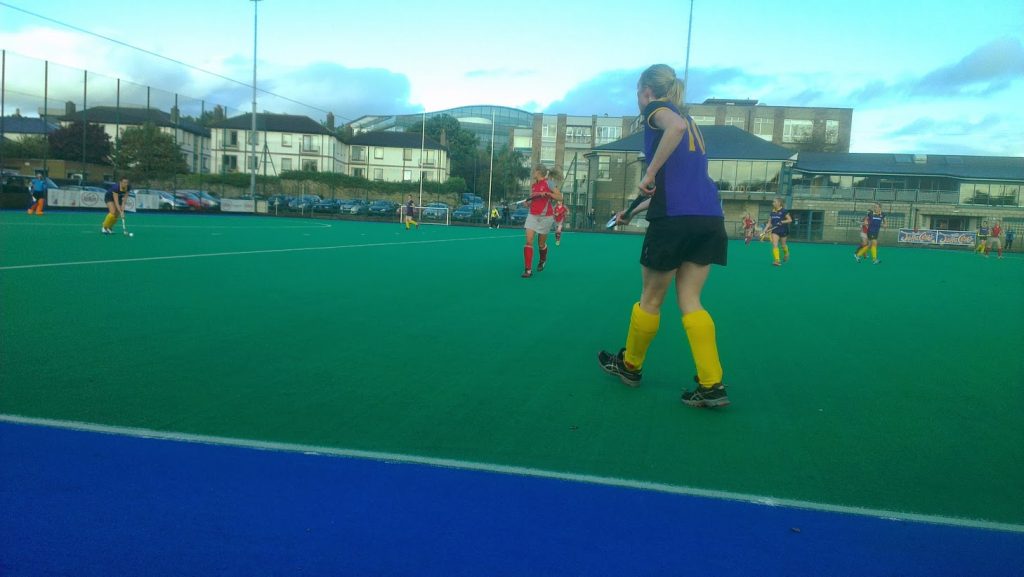 Its all change again for the Ladies 2s for the 2013/14 season. At the top, Ronan Flannery is joined by Paddy Good in the new-look coaching team. A raft of leavers and injuries has had a big impact on the squad line up. Pembroke stalwart Clara Chamberlayne will be sorely missed this season as she moved to the UK during the summer. Holly Jones has left for New Zealand, Lisa O’Rouke has stepped back due to work commitments and Orla Stuart (Canavan) is keeping herself busy with her new arrival.

On the injury front club legends Kats Duff and Susan Ryan are both battling with niggling injuries, which has seen them side lined so far this season. As ever though, the gaps have been ably filled by some new / returning additions. From Galway, new members Maeve Faherty and Claire Heskin have slotted right in, Anna O’Grady has made a welcome return after a year of Erasmus in Australia. Jessie Elliott between the posts has been a huge reinforcement to the already strong defence, joined by Aoife Sherriff who dons the purple and yellow for the first time in two years.

U18 international Claire Foley, Joanna McDonnell and Sarah McCready are all existing members who have joined the ranks of the Ladies 2s. The “old reliables” make up the rest of the squad, with Eimear Mc Carthy captaining the side for a 4th successive year.

The first game of the season was a local derby v Railway in Serpentine Avenue. Always a tough match, the 2’s controlled the first half against a young, but fast Railway side. Shona Doyle created the first goal with a mazy run into the circle before finding Anna O’Grady at close range to put Pembroke 1 nil ahead. Eimear Mc Carthy converted a corner on the stroke of half time to go 2-0 up. Railway stepped up a gear in the second half and put more pressure on the Pembroke back line, but the defence held strong and the game finished at 2-0 to Pembroke.

Game 2 was v TRR, again at home. Pembroke dominated the first half and played some beautiful attacking hockey which TRR struggled to deal with. Claire Foley forced a short corner midway through the first half, which Lizzie de Araugo deflected beautifully into the top of the net from a straight strike. The Pembroke press was putting TRR under severe pressure, and Jane Brownlee intercepted a free out on the 25 and Emma Keilthy crashed the ball into the net to take the score to 2-0 at half time. In a replica of the first week however, Pembroke failed to capitalise on their dominance in the second half and the game finished 2-0.
Images from the game can be viewed here »

Game 3 was v Genesis. Jane Brownlee was out due to an injury picked up on Thursday night training, and Viv Fenton was sick, so Ronan had to do some re-org of the starting lineup with Lizzie de Araugo stepping into the CM position for the first time this season. Pembroke started the stronger, and Genesis struggled to contain the fast flowing play in the first ten minutes. However, the Genesis defence, and the goalie in particular, were in good form and denied the Pembroke forwards on numerous occasions. The Pembroke press again caused problems for the opposition, and Genesis resorted to long crash balls to find a way through. Despite limited circle entries, Genesis won the only PC of the half but the Pembroke defence cleared comfortably. Shortly before half time Anna O’Grady was an unstoppable force, as she charged the backline before dropping the ball onto the P spot where Lizzie finished off for her second goal of the season. As expected, Genesis came out stronger in the second half, and won their second corner of the game as well as creating some chances, but Jessie in goals made a few key saves to keep the score at 1-0. Tara Junghenn continued her good form in defence getting in some critical tackles and intercepts to frustrate the Genesis forwards. With minutes on the clock, Genesis pushed numbers forward leaving their defence stretched.

Claire Foley showed her international pedigree, picking up the ball just inside the Genesis half. She turned her marker and sprinted at full tilt to the circle towards the on-rushing keeper. At the last second, she showed incredible composure, and dragged right around the keeper before crossing the ball to the back post where Emma Keilthy was perfectly positioned to finish off. For the third game in a row, Pembroke won 2-0 leaving them joint top of the table with Loreto after three games. 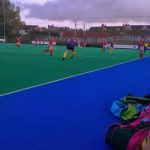 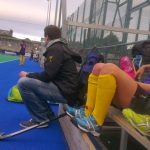 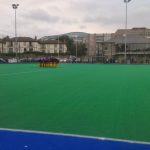 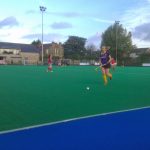 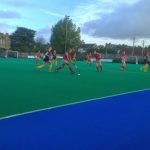 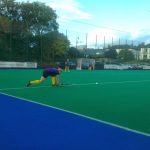 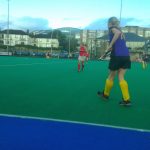