PWHC Under 16 Boys Vs Railway Union 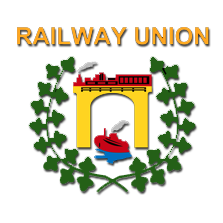 PWHC Under 16 Boys Vs Railway Union

The U16 boys were back in action last Friday night at Serpentine Avenue as they hosted a Railway Union side that they had previously beaten 5-0 before Christmas. Pembroke coaches Scott Sullivan and Jason Lynch were quietly confident going into this one and knew if the boys played to their full potential the boys would come out on top.

The game started at a frantic pace with both sides looking to exploit each other on the counter attack. Pembroke began to dominant possession and playing their fast flowing hockey that has seen them improve game by game this season. A turnover in midfield led to the first Pembroke goal which was scored by Ben Schutte after some nice interplay between Mitch and Matthew. The game continue to swing in the favour of the hosts and Pembroke scored their second goal courtesy on their talisman Ben Schutte. It was all one way traffic at this point, with Pembroke transferring the ball and looking to create different points of attack. The score remained 2-0 at half time with Harry in goal having very little to do.

The second half was similar to the first with the host dominating in possession which led to their 3rd goal which was scored by James Neville. A classy move down the right hand side from Cian Murphy and Cian Harrington led to Neville being unmarked at the back post and the Andrew’s man made no mistake with his finish. From then on Pembroke continued to boss the game with Railway sitting deeper and deeper. Pembroke were wasteful in front of goal and that is something the coaches will look to improve on at training. Railway had a couple of attacks late in the 2nd half one which led to a stroke with they scored from. The game filtered out and stayed at 3-1. An excellent performance from this ever improving U16 boy’s team. The lads are back in action this Friday night when they face Clontarf at 7.30pm at Serpentine Avenue. All support welcome!