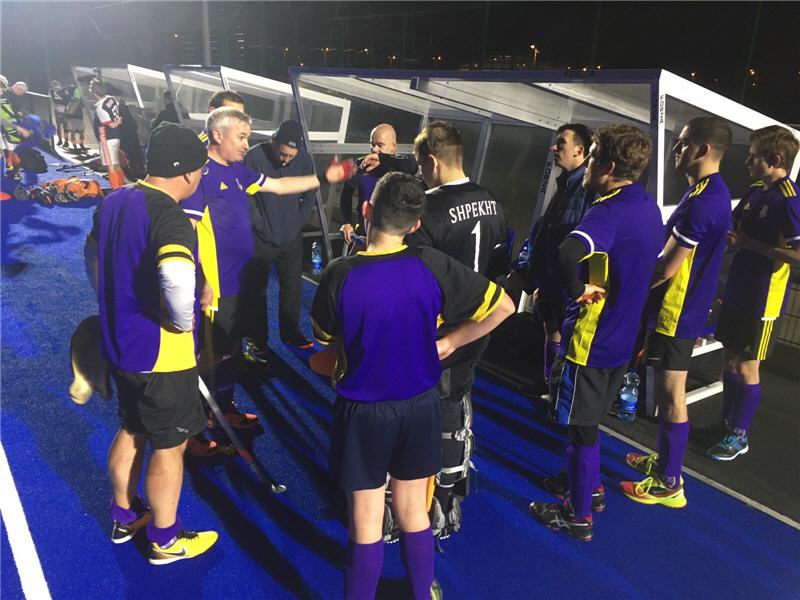 Key equalising Alan Sothern strikes helped Pembroke M1s back into contention twice against UCD Men’s Hockey Club in a thrilling Belfield match-up on Saturday. Falling behind on the bounce to clinical penalty corner drags from the league’s top-scorer Guy Sarratt meant Pembroke had all the work to to in a close contest on the new surface out in UCD. Alan’s second goal coming in the dying seconds to rescue a vital EYHL point for the senior squad as they battle a testing tide of mixed results so far in the league. UCD slip to 3rd following this result with Lisnagarvey the only club to retain a 100% record on game day #5 of the new national league season.

On the other side of the town the M6s travelled to the new national hockey surface in Abbotstown to face a Dublin North 3XI battling their own run of poor form. An opportunistic Mick Payne goal from a fine Neel Bhandari pull-back in the circle enough to clinch a maiden win for the team in league division 7 this season. With 4 points from 6 in the bag over back-to-back weekends dare we utter the words “hot streak”??? Congratulations to skipper Hugh McGoldrick for ushering in the team’s first 3-pointer. Long may the good results continue.

M5s knack of grasping defeat from the jaw of victory continued at home as they let a 4-1 halftime lead slip away, gifting Weston 2s an unexpected victory in D5. Goals from the Harrington brothers, Tom Musgrave, and skipper Pete McEvoy should have sown up the points with half a game to go but some positional changes and a change in the prevailing wind allowed Weston to sail back to Lucan 5-4 victors on the day.

M4s went down 2-0 at home to Corinthian 3 earlier in the day, marking the first game in the new campaign the 4s haven’t scored at least one goal. Better times ahead as the Intermediate Cup looms in sharp focus this week, a trophy the M4s will be keen to reclaim after their victory in 2017/18.

M3s continued a run of good results with another tight 3-2 finish over local rivals Railway Union. Another goal from the skipper Zack Waters adding to strikes from Amir Alipour and Pol Blanch helping the M3s into 4th place in league division 3.

M2s had a short trip down the Rock Road to Newpark School to face Avoca 2s in LM2 and duly converted their chances to run out 5-3 winners with a notable hat trick from skipper Scott Furlong rounding out contributions from Alex O’Meara and Wesley Brownlow. Coaching team happy with the effort as eyes now move to the pending Railway Cup fixture away to Navan.