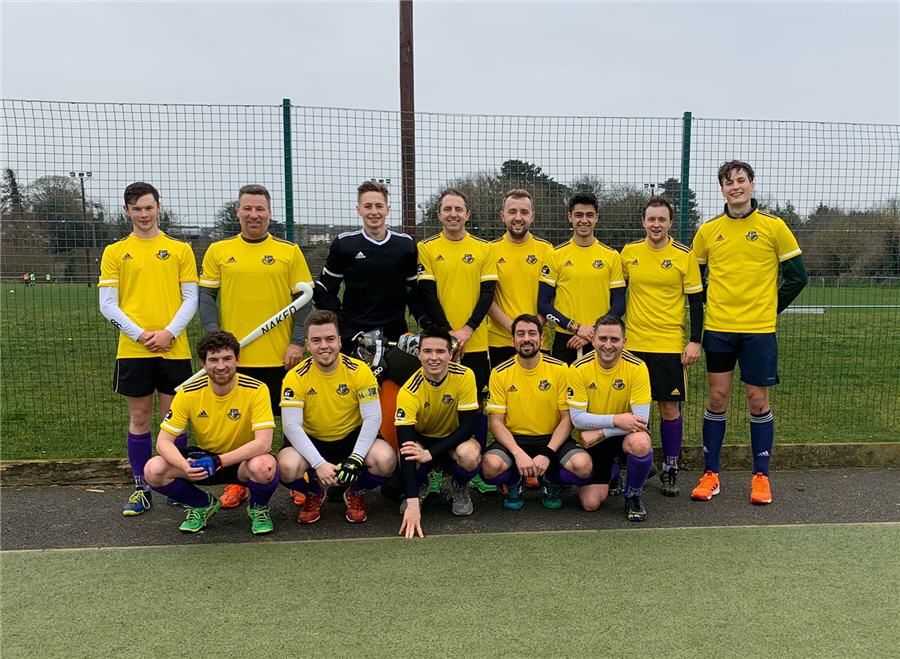 Alan Sothern put 6 of the best past the ‘Dale keeper en route to matching his own IHL single-game scoring record on Saturday in a rousting 6-2 Festival of Hockey home victory which lifts the M1s from 9th to 6th in a very congested EYHL table. Three Rock Rovers Hockey Club at home on Saturday coming will put more shape on the middle of the table – one way or the other! Skipper Harry Spain is due back into the heart of the defence with debut star Henry Thompson sure to figure again in the match day squad.

M2s roared into the first (and only) Pembroke men’s cup final of the season by barging over Dublin University Hockey Club 3-1 in the Neville-Davin Cup semi-final on Sunday morning. Goals from Ben Scott, Henry Thompson, and skipper Scott Furlong seeing the boys through to a Paddy’s Day cup final 🙏

M3s had no reason to buck the trend as they stuck 7 on an unlucky Naas Hockey Club in the early game on Saturday morning. Doubles from John Lynch and Zack Waters complemented contributions from Matt Fildes, Glen Skekleton, and Matt Bentley (Ripley’s Believe It Or Not). This result combined with the win over UCDMHC keeps the 3s nicely poised at the business end of the league.

Rural dismay for the M4s however as they went down 2-0 to a strong Enniscorthy side in their away tie at Bellefield Sports Centre. Gavin Miller travelling with 11 made it a big ask facing a deep home bench.

Pete McEvoy’s M5s faced an onslaught at the hands of runaway division 5 leaders Avoca with Al Robinson and Justin Elliot in rampant form. Neel Bhandari with the only Pembroke goal in a 5-1 hammering.