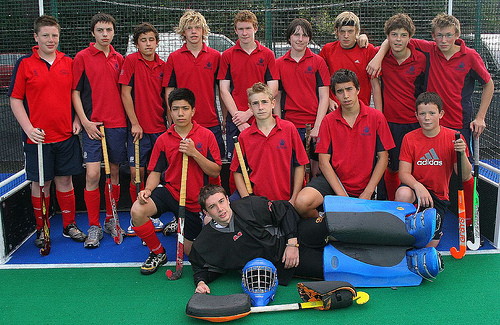 On Saturday 8th September we ran our annual Under 16s Schoolgirls and Schoolboys Tournaments. Following the previous format, the girls played in the morning and the boys in the afternoon on a glorious day – so glorious in fact that, unusually, the pitch had to be watered numerous times!

The Girls tournament started at 9am and featured St. Andrews, Mount Anville, Loreto Dalkey, Wesley and Mount Sackville. The round-robin format gave each team four games in a blitz type morning, and a lot of good, if slightly rusty, hockey was on display. It was a good opportunity for all teams to get a look at their potential squads for the coming season and to try out the new rules – there were however no green cards (or any other colour) required so the 2 minute sinbinning rule wasn’t tested!

All games were close, and no own goals were conceded but some very good goals otherwise were scored. Wesley College were the most powerful side on the day and ran out as overall winners, beating all other teams without conceding a goal. Wesley desrevedly took home the Under 16 Cup for the second time in three years.

Many thanks to our umpires/liasons on the day, Maebh Horan, Ailbhe Coyle, Sorcha Conway, Michelle Ryan and Fiona O’Donovan, as well as to Rachel Scott who, although attached to Wesley, also umpired. 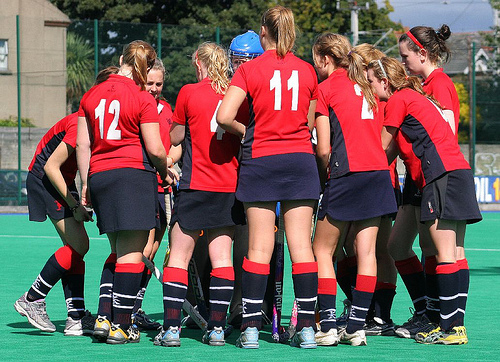 The Boys tournament started at 2pm and featured St.Andrews, Sandford Park, Wesley, St. Kilians and High School. Again the format was round-robin and some really good hockey was played by all, both individually and collectively. Some superb goals were scored and some excellent goalkeeping kept other efforts out. Ultimately the destination of the Cup boiled down to the last match between Wesley and High School, with Wesley running out 2-1 winners in a cracking match and claiming the silverware, again for the second time in three years.

Huge thanks to Mairtin Cronin and Simon Thornton for their commitment to umpiring duties for the whole afternoon.

Best of luck to all 10 teams in their respective school competitions this season.
Until next September…..