The Ladies 2nds second win over Three Rock Ladies in as many weeks keeps them 3 points ahead of Loreto with a game in hand in the Division 2 title race.

The game played in ‘Rovers on Sunday was a re-fix match, in what was TRR’s third game in 5 days. With the end of season now looming, every point counts, and the Pembroke ladies were intent on maintaining their 3 point cushion at the top of the table.

TRR started well, and some very composed and patient build up play put Pembroke on the back foot in the opening 15 minutes. Pembroke started to make inroads however, Orla Canavan dancing her way through the TRR mids, and some pacy sprinting from Holly Jones and Shona Doyle up front created havoc for the TRR back line. The constant pressure eventually returned some rewards in corners, but the TRR defence remained solid. Eventually the deadlock was broken when Shona latched onto a rebound off the TRR keeper to go one in front. Holly followed suit shortly afterwards in a textbook move, driving the baseline and slotting home from a very tight angle to take Pembroke to 2nil at half time.

In the second half Pembroke really took control as potentially the run of games started to take its toll on TRR. Kats Duff was relentless in midfield and worked well with the other mids and forwards in some nice link-up play.

The third goal was definitely one to be proud of. In a movement starting from the back line and sweeping up into the circle, the team demonstrated great close range skills, moving the ball from stick to stick before Viv Fenton fired home for her second goal this season. Pembroke had the upper hand at this point and saw out the remainder of the game comfortably.

Just to note, the game was moved to facilitate the TRR ladies attending a wedding next Saturday. Full credit / respect to the bride-to-be, Lindsay Maguire, who played all three of their games this week despite her impending nuptials. Thankfully, she escaped without any obvious marks, and we wish her the very best on her special day next week! 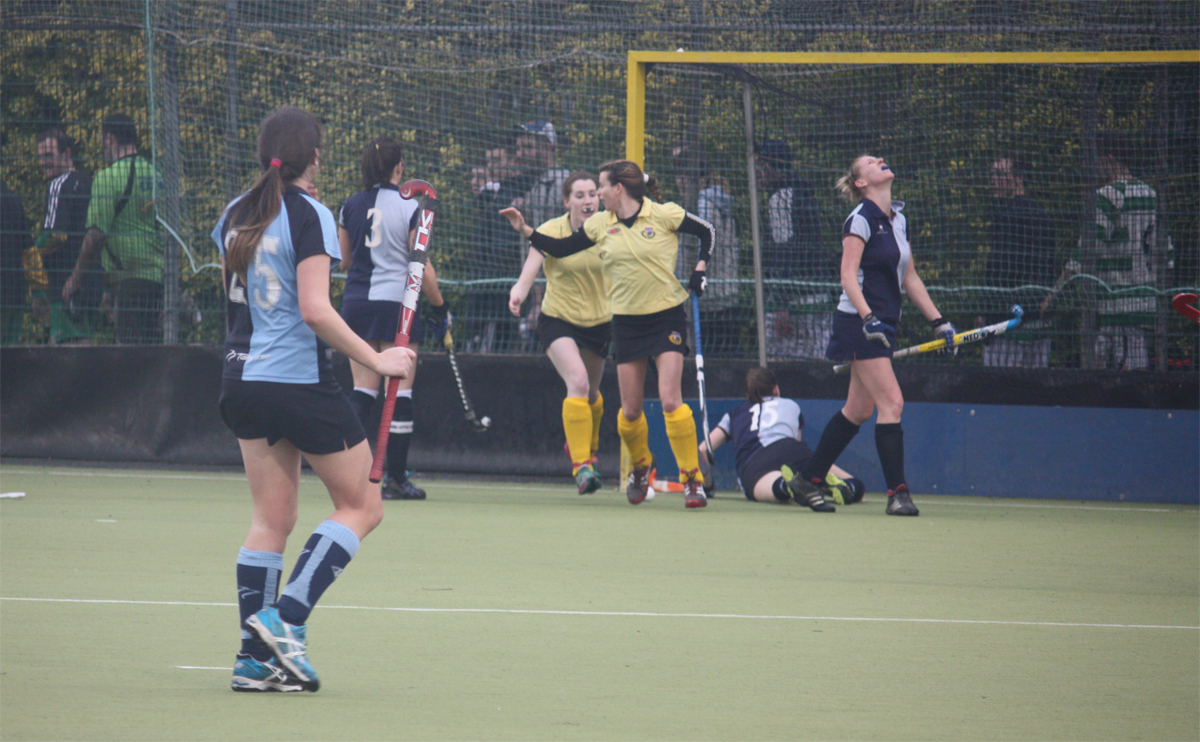