Walters Cup win over Wicklow ends season on a high 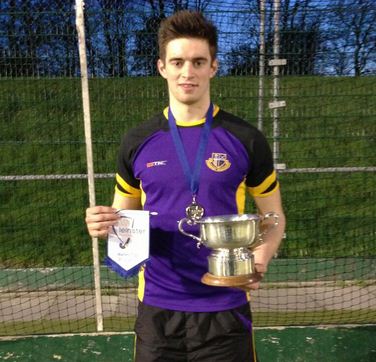 Thursday night saw Pembroke meet Wicklow for the second time in as many weeks, in the Walters Cup final at Whitechurch Park. The Walters Cup may not be the most famous trophy in Leinster hockey, but it has been the traditional end to the lower league season for many years. The Walters Cup is for teams whose players who have played at least eight games in Division 7 or lower and is an ideal way for the more inconsistent clubs to garner some silverware.

Wicklow came into the game smarting from a Minor Cup final loss to Corinthians at the weekend and the loss of their 100% league record to Pembroke a fortnight ago. Pembroke, for their part, came into the match buoyed by some good end of season form and eager for a trophy!

The match began at a frantic pace, with Wicklow dominating. Some sloppy Pembroke passing handed a Wicklow an early chance to try their luck. Failing to capitalise on the initial opportunity, Wicklow continued to press and forced a short corner. Although Wicklow’s first shot was saved by Rob Morgan in the Pembroke goal, Wicklow reacted quicker and slotted home the rebound, past Dave Simmons on the post, who could do little about it. 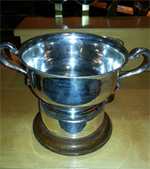 Wicklow continued to run the midfield and with it, the game. Only some excellent scramble defence by Pembroke and some horrific finishing by Wicklow kept the score at 0-1. Midway through the half, Pembroke’s midfield began to see some good possession and Neil Farrell once again threw his body on the line in trying to convert a great cross, sadly to no avail. The introductions of Peter Collins and Adam Goggin gave Pembroke extra outlets up front as Pembroke enjoyed a rare purple patch.

Half-time came at just the right moment for Pembroke, who had started to flag a little again and it handed Coach Dave Loughrey the chance to impart some much needed words of wisdom. Players’ commitment was questioned, challenges were thrown down, threats were issued by a desperate goalkeeper; but only time would tell if it would be enough.

Right from the restart, Pembroke looked a different side. Passes were (mostly) crisper, firmer and more accurate with Buzzy McDonnell, Sayed Shah and Lawrence Chadwick all getting forward with real urgency. A ridiculously high press seemed to stifle Wicklow’s ability to break into the Pembroke half and when they did get forward, they were met by one of Dave Simmons, Alan Hartney, Oisin de Barra or Brian Lambert, who calmly dealt with each and every situation. Even a kamikaze foray into left back territory by Rob Morgan, didn’t throw the defence’s rhythm, as they simply got behind to cover the goal line.

Pembroke showed enough going forward too, to suggest they could yet claim an equalizer and despite squandering their only short corner and a series of further chances, nobody panicked. Eventually, the pressure paid off with five minutes to go, as a great run down the left was crossed for Peter Collins to further enhance his goal scoring reputation with an excellent finish. Pembroke hearts were lifted, while Wicklow looked crestfallen. The final five minutes saw chances for both teams, but no further goals and so the tie went to penalty strokes.

Coach Loughrey gathered his troops for one last effort, calling on five volunteers for the onerous task of taking a stroke. Before he even finished his sentence, he had five hands in the air: Andrew Stokes, who was eager to end his seventeen year wait for a Walters Cup winner’s medal; goal scorer Collins and the young trio of Mark Noone, Buzzy McDonnell and Ben Raymond.

After a coin toss, it was Pembroke’s Stokes who went first, sending the Wicklow keeper the wrong way. Wicklow responded in kind to level matters at one all. Peter Collins’s flick was ice cold and put Pembroke ahead again at two one. From Wicklow’s next stroke, Rob Morgan got down to somehow keep it out – although it seemed like an eternity had passed before the umpires confirmed this. Mark Noone was unfortunate to see his attempt saved, but when Wicklow missed their corresponding stroke, Pembroke started to think this could be their year. 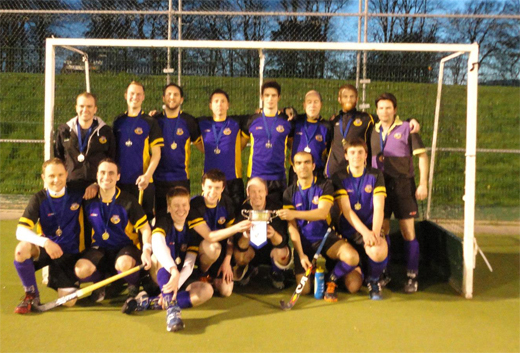 Buzzy McDonnell made no mistake with his net buster and although Wicklow did score again from a retaken fourth stroke, Ben Raymond stepped up to score Pembroke’s final effort and break Wicklow hearts. The Pembroke celebrations may well have been heard back in Serpentine Avenue, such was the elation at having secured the cup for the first time since 2007.