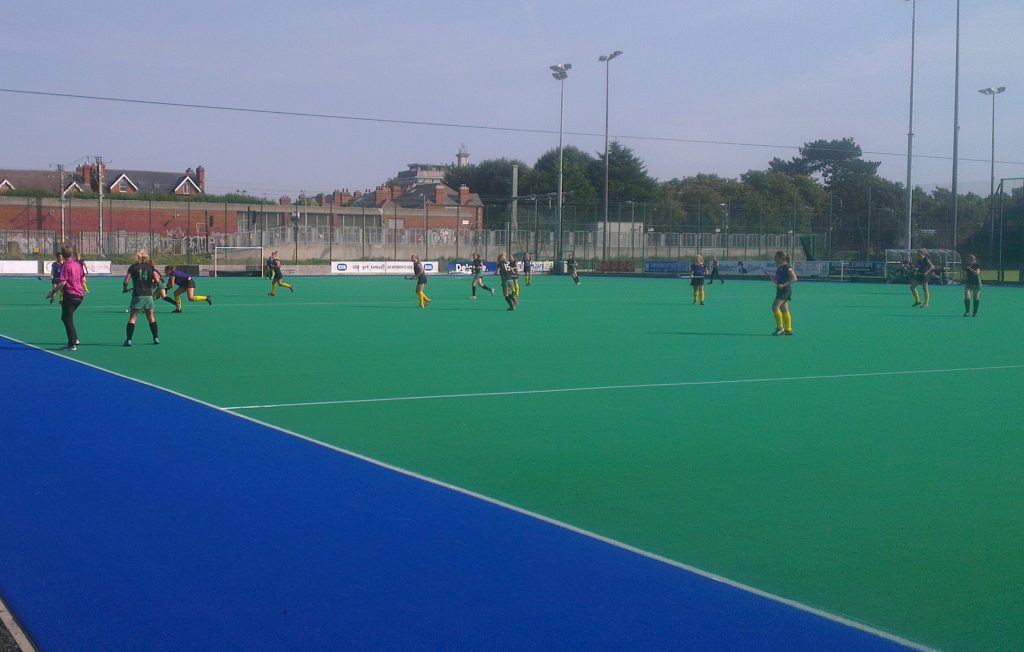 A great start for our Ladies 1sts on a Saturday lunchtime in the sunshine – 3 goals and 3 points earned against Trinity. Pembroke had some new faces making their debuts – Eanna Horan, Stella Davis. Hayley McDonald and Alice Ward have returned after 4 years of College hockey also.

Caroline Murphy had a stop/start season last year with her studies but was ever present at the back with Mul as the defence settled in well with new goalkeeper Stella Davis (ex UCD), while Eanna had a debut to remember scoring the first goal, early in the first half.

Jilly made it 2-0 just before half time, bundling the ball over the line after the Trinity keeper had saved a deflected corder. 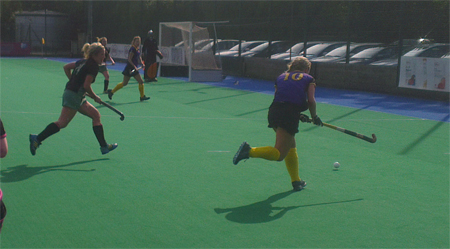 Rachel O Reilly on the attack

The third goal also arrived from a corner, this time Sharon Carey completing the deflective move to plan.

Pembroke could have had more, Sorcha Conway had a fine match up front and set up several chances using her pace. The girls will be delighted with an early win as the work of gelling the team together continues. Next week they travel to Maynooth to face North Kildare.

[dt_social_icons animation=”none”][dt_social_icon target_blank=”true” icon=”website” link=”http://www.hookhockey.com/index.php/2013/09/the-womens-season-starts-here-full-leinster-division-one-preview/#.Ukb-gYaThqU” /][/dt_social_icons] The Hook’s preview of the Ladies Division 1 season will prove a good read for those interested while a more in depth analysis of Pembroke Wanderers chances on the domestic front can be read