3 League wins in 6 days for the Mens 1sts 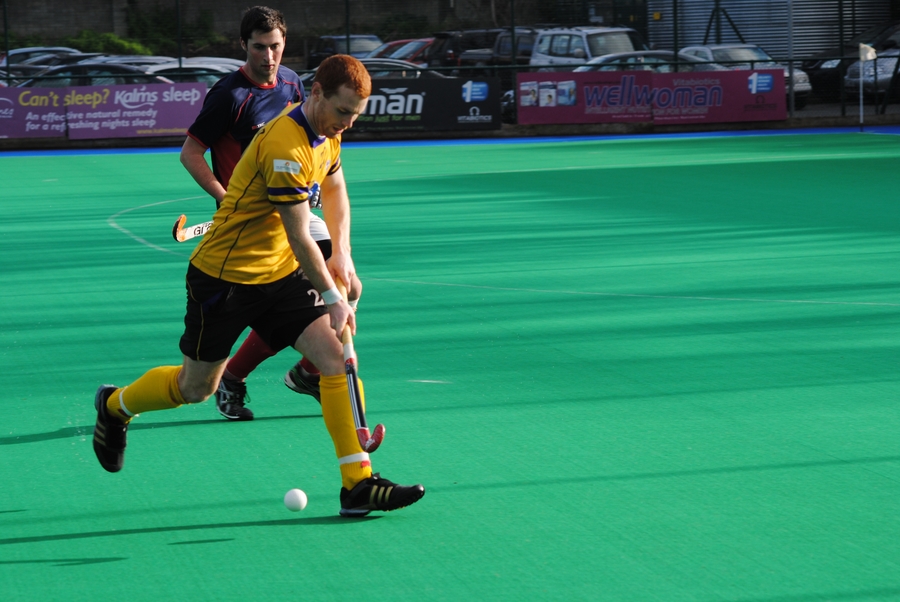 A 4-3 defeat to Monkstown last week put paid to any hopes Pembroke Wanderers had of retaining their league title, still 3 wins in 6 days since that defeat bodes well as they prepare for an Irish Senior Cup Qtr Final date this weekend.

On Saturday the lads met Fingal in Serpentine Ave –

In a first 20 minutes dominated by Pembroke there was only one PC which was saved by the ‘keeper, low to his right from Conor Harte. The Pembroke attack was enhanced by the addition of Alan Sothern and Mossie Elliott and Ronan Flannery in midfield. Shortly after his introduction, Alan Sothern, with a deft first touch place the push beyond the keeper for the first goal. More continuous pressure and strong play down the right and along the end line brought a near post push from Ronan Flannery and a second for the home team. The Pembroke defence of Harte, Spain and Kane was in control and Fingal were not able to get the ball beyond the halfway line. The home team look the more likely team to get the next goal when the whistle went for the end of the half.

Straight from the push off the ball went to Timmy Hill in the circle and he immediately laid it off to Alan Sothern who dinked it over the ‘keeper for the third goal. Whilst Pembroke enjoyed more of the ball in the next 10 mins they failed to score. Then with Harte substituted Pembroke’s defence and midfield control disappeared. Huge gaps appeared and quick attacks from Fingal from inside their own half brought a first and then second Fingal goal. Harte was brought back on and steadied the ship for the last 10 minutes but Pembroke by then were far from convincing. There were some very anxious minutes towards the end of the half and with too many slack passes and also Pembroke midfielders and forwards choosing to run instead of passing the ball Pembroke were far from the confident team of the first 50 minutes.

Finally on Sunday the lads overcame UCD in Belfield narrowly by 2-1, Mossie and Flanners on the scoresheet.

The lads meet Corinthians again at Whitechurch on Saturday – this time in the Irish Senior Cup Quarter Finals. Tip off is 1pm.