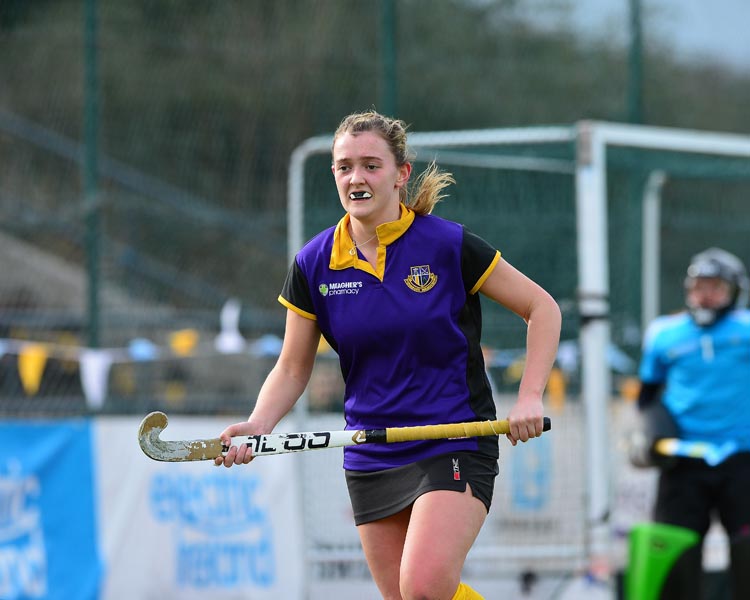 Ladies 2nds 3 – 1 Bray
Due to Storm Brian, our initial match vs Bray had been cancelled. However, this caused our match to be postponed to be played last Sunday, in what was a glorious, albeit cold, day. We started strong with Catriona skilfully placing the ball in the back corner of the goal in open play. This was followed shortly by Anouk who took the ball nicely at the top of the circle, brought it onto her reverse and shot it cleanly into the back of the net.

Bray seemed to get into the game a little more with one or two breaks into the Pembroke half. However even with a 1 on 1 attack, our Goalie Hannah made an amazing save to hold off the Bray side.

Bray struggled to hold the Pembroke side off with excellent passing around the back and attacking up the wings which led to winning a short corner. A simple switch left and some fantastic skills by Fiona, she popped the ball into the goal to take a 3-0 lead. However, Bray got a break and managed to win a short corner where they were awarded their first goal just before half time.

Pembroke continued their goal scoring throughout the second half with fantastic goals in open play from Claire, Avril, Anouk for the second time and a penalty stroke taken and won by Sarah. It was a great team effort on the Pembroke side with some amazing passing.

All the training in the last few weeks has really paid off with players passing and linking up like never before. Well done guys!

Ladies 4ths 1 – 2 Botanic
Our Ladies 4ths faced Botanic 1sts at home last Saturday. Botanic who are currently top of the Div 4 table with 15 points were tough competition to meet. The game challenged both sides who were well matched, indeed Botanic scored by being quick to capitalise on breaks.

A well executed short corner stroke by Alison Pigot into the goal got Pembroke on the scoreboard. The team showed great determination giving it all until the final whistle unfortunately missing opportunities to equalise. The final score was 2-1 to Botanic who cemented their position at top of the table.

It was noticeable that the team has gelled better and developed as a squad since the start of the season with some great passing play. Let’s hope we can build on this going forward.