Ladies play out stalemate with UCD 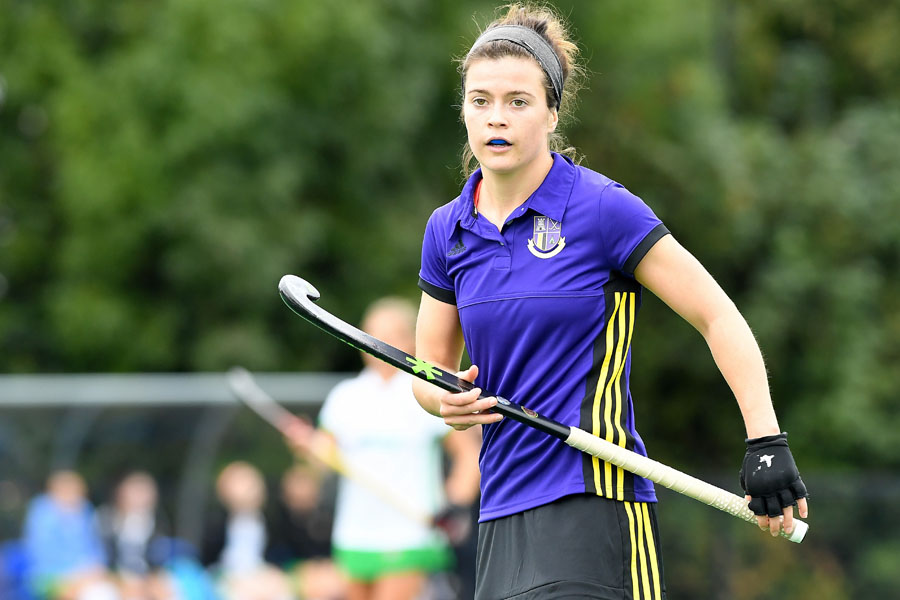 Our Ladies 1sts got off to a solid start with their first home game of the season in the EY Hockey League. This was a particularly tough affair which pitted them against a particularly strong UCD side, who are the current EYHL and ISC champions.

The girls came into the tie confident after the previous round’s 4-0 away win over Hermes-Monkstown, Aisling Naughton,Katie Jane Marshall, Orla Macken and Laura Noble with the goals in Rathdown.

Both teams here at Serpentine were equally matched for the first half and some fine play from both sides saw a number of goal scoring opportunities, one notable chance being saved off the line from captain, Ailbhe Coyle, in a defensive short corner. Despite the chances created for Pembroke and UCD the score line remained 0-0 at half time.

The ante was upped for the second half with UCD applying a lot of the pressure. Despite being under the cosh for the majority of the second half, the Pembroke defense soaked up this pressure with ease and defended solidly, only conceding two penalty corners. Iseult Cambay denied multiple goal scoring opportunities, with some fantastic saves from the talented 16 year old.

Excitement brewed in Serpentine Avenue in the last minute of the game as Erika Hinkson’s trickery found her open for a reverse shot at the top of the D, which was unfortunately deflected off the line by UCD and the rebound opportunity on the back post was missed by Pembroke.

The game eventually finished 0-0, which puts Pembroke in 7 th place at the end of round 4 of the EYHL. With the league table being so tight this year, the point gained from this game will be very valuable to our Ladies 1’s towards to end of the season when competing for a spot in the top four.