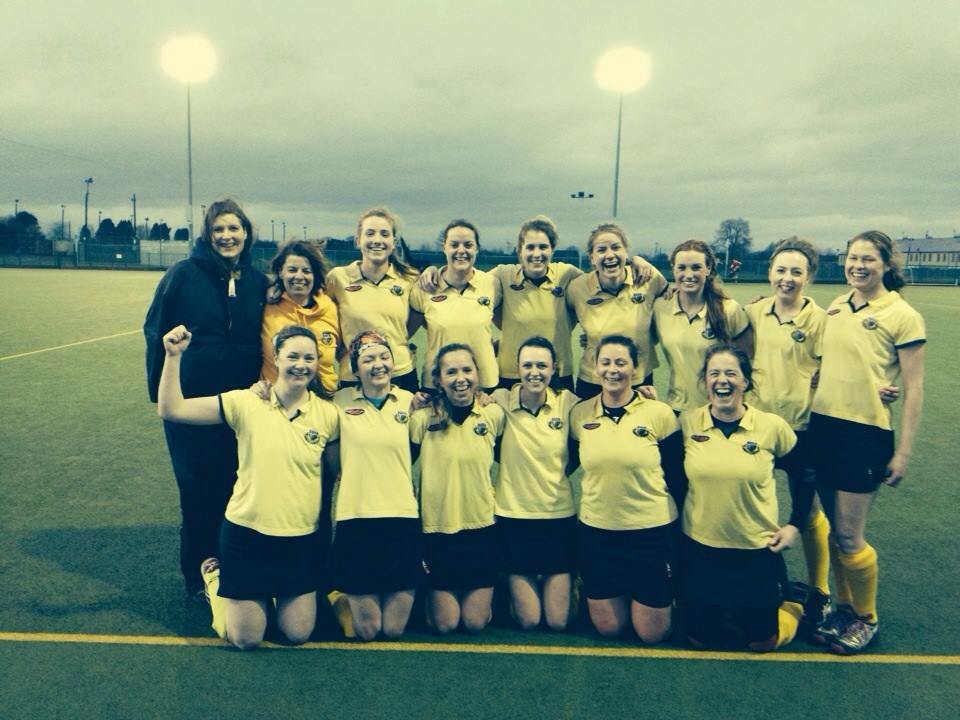 It was an unsettled start for the Pembroke Ladies 4ths in the cup semi-final, to say the least. The fours battled against the sleet and rain, the driving wind and diving opposition, and that was just the first 10 minutes!

Naas began their attack quickly and with their first possession of the ball made a drive into the Wanderer’s circle and put their short corner defensive unit to the test in the first two minutes of the match. With Anne Marie Cave leading out quickly as the number one runner Naas’s first two attempts on goal were foiled.

The next few minutes of play gave the 4s time to settle into their game and make a few drives of their own. Mid way through the first half one of these drives found Roisin Corcoran at the long corner spot, seemingly without options. She took it upon herself to drive along the baseline through the Naas defense into the D before sending a ball across the goal for Julie Delaney to take a shot on goal. It was saved but the rebound was collected by Fiona Keenan who coaxed it home into the back on the net.

Play was evenly matched for the remainder of the first half. It was cold and windy at the sideline when the Pembroke Ladies huddled together at half time. Still not one was distracted from the coaching advice of Lynn Taylor and Alison Pigot, all well aware that another 35 minutes of tough play remained. As the whistle called Naas out from the shelter of their cabin they took the pitch ahead of the Wanderers who scrambled to remove layers and gather at the top of the D where some were delighted to discover that the next 35 minutes would be played with the wind at their backs. 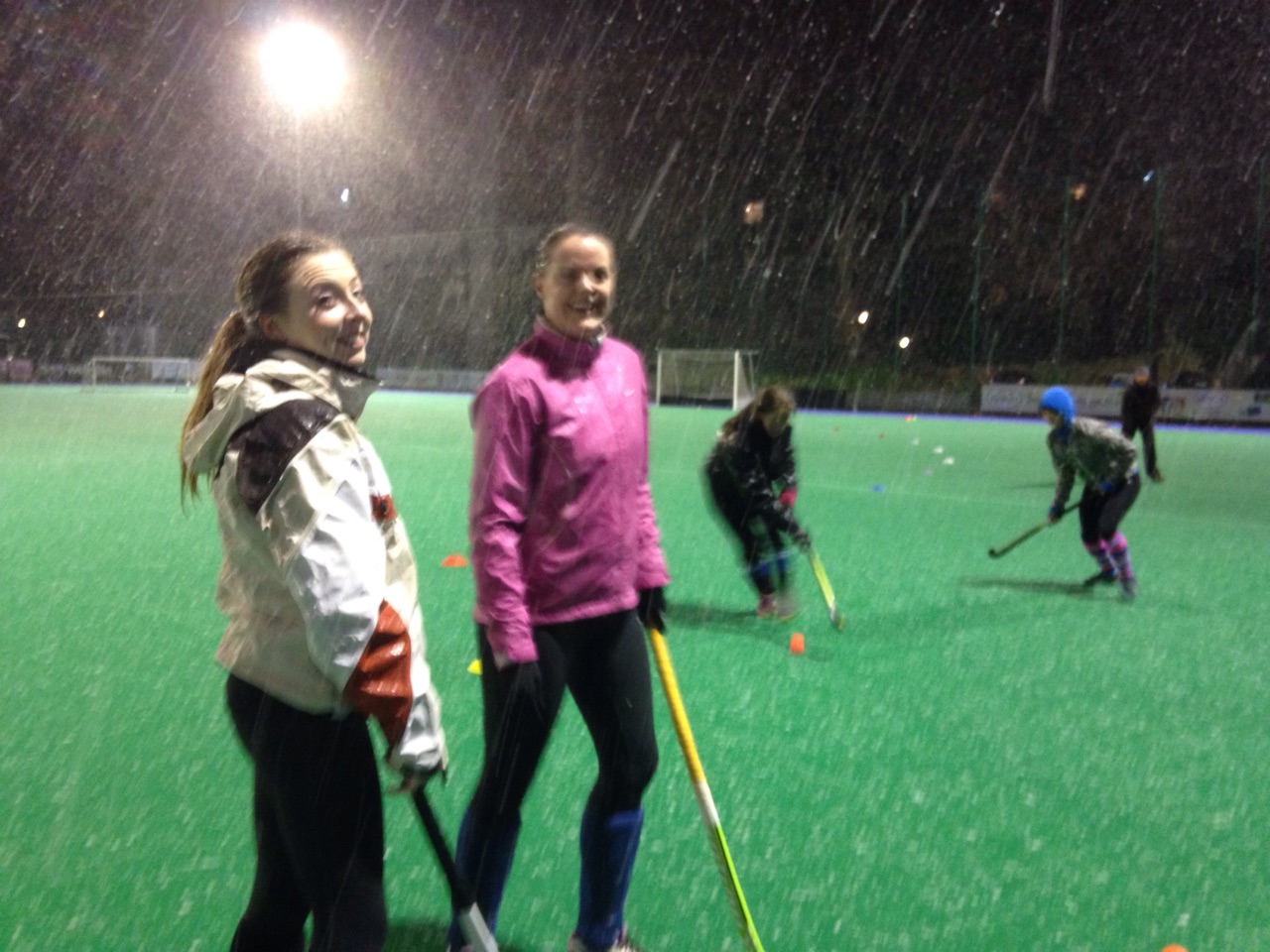 Ladies 4ths training in all conditions ahead of their Cup Final!

The second half was a story of team discipline and determination. With the exception of a few chances from play and short corners for each side the minutes crept by. With play predominately between the two 25s, Avril Burgess kept Naas working hard by distributing the ball through the midfield to so it could be sent to meet the leading runs of forwards Lydia Coleman and Orla Brady along the baseline. The team defense of the Wanderers held strong even as Naas, sensing the pressure of the clock, began to send extra players forward.

Sinead Gilfoyle came through with an expertly timed dive to stop a would-be-goal scoring Naas forward and maintain the lead for Pembroke. It was with attacking momentum behind Pembroke that the clock ran down and the umpire’s whistle blew signalling that the Pembroke 4s would be advancing to the cup final!