PWHC Under 16s Boys Vs Corinthians 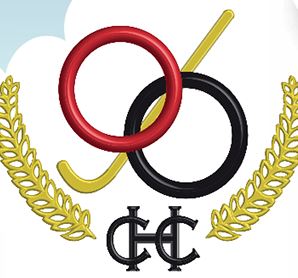 PWHC Under 16s Boys Vs Corinthians

Last Sunday evening the U16 boys team took on Corinthians HC in Columbus school in the U16 Leinster league. On paper this game looked like it could be very hard to pick a winner and indeed it came down to the last minute of the game. Pembroke took an early lead through a brilliant team goal finished off at the back post by Edward Ribes.

Corinthians leveled just before half time and the two sides went in to the break level. Corinthians took the lead 5 minutes into the second half after a sustained amount of pressure on the Pembroke D.  It wasn’t until the 50th minute that Pembroke equalised through a fantastic individual goal from Ben Schutte.

Schutte picked up the ball on the edge of the D, beat two defenders and rounded the keeper to finish off what was probably the goal of the game. The game looked to be a draw before Corinthians won a corner with only a minute left on the clock.

To their credit they made no mistake in dispatching the corner with a low drag into the corner. A minute later the full time whistle went and Corinthians came away the the victors. Disappointing for the Pembroke players but a lot of spirit and fight shown by them to get back into the game. A very young U16 team which is improving week by week.