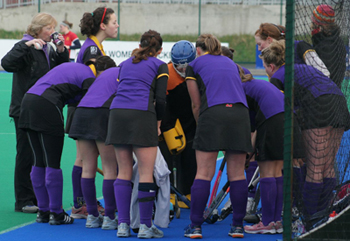 Round Two of the Cup vs YMCA at Claremont Road.
YMCA are never an easy side to face, but the 7ths started well in the first half – creating so many chances but couldn’t finish.
With 20 minutes to go in the second half Lisa Ruttledge produced a great cross to Becca Gallagher who lashed it into back of the net. 1-0 Pembroke.
Our backs stayed tight to protect our goal and we thought we had a win the bag but 5 minutes from the end, YMCA equalised. The final whistle blew 1-1.

We played 5 minutes a side for extra time. We came close in the last minute when Becca narrowly missed a shot at goal.
Flicks would decide who progressed to the next round. Ash Schutte, Cait Maguire, Sarah Kyne, Lynne Boucher, Lisa Ruttledge all volunteered. 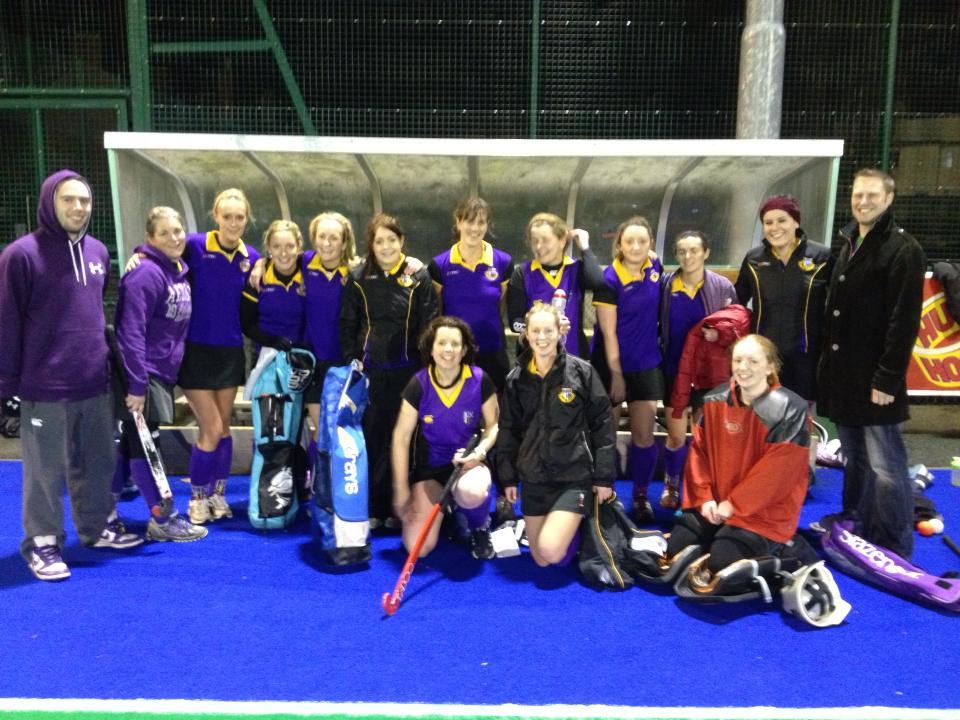 We ended on 2 all. Our keeper Roisin Donohue make some great saves.
Then it was down to sudden Death. Ash Schutte stood up to take our 6th flick. It was only going one place, back of the net – job done.

The girls will face Our Ladies / Nth Kildare in the Quarter Finals on February 2nd at home.

Cup news elsewhere
The 2nds will meet Railway Union 1sts in the Jacqui Potter Cup Quarter Finals – home on Jan 27th. It will be a busy weekend for Eimear McCarthy’s girls, they travel north to Jordanstown the day before for their Irish Junior Cup match against Ulster Elks. In the league the girls won all matches bar their final one before Christmas – a 0-0 draw away to Genesis. Unbeaten, they sit 2 points top of the league with a game in hand.

The 3rds were knocked out of the Cup for the second year running on strokes…this time Rathgar doing the damage. League-wise in Division 3 they sit 4 points off the top in what is always a very tightly contested league.

The 4ths will face Loreto in Loreto Beaufort in their Cup Qtr Final following a comprehensive win down in Tullamore. It’s not often that Pembroke return with a win from Tullamore – good stuff girls. In the league they remain unbeaten at the half way mark – drawing only 1 match from 8 so far. They lie 3 points clear of Our Ladies at the top.

The 5ths aren’t in Cup action until 5th January, their early round match against Genesis fell victim to the weather in December. In the league they are sitting nicely in 3rd spot, just 4 points off the pace.

The 6ths will meet Avoca in their Quarter Final on January 26th following a brilliant 0-1 win out in Alex. They are are sitting 7th in the league at the turn.

The 8ths are waiting on a date for their Cup refix against Suttonians – it should take place early in the new year. In the league the 8ths are sitting in 8th position.