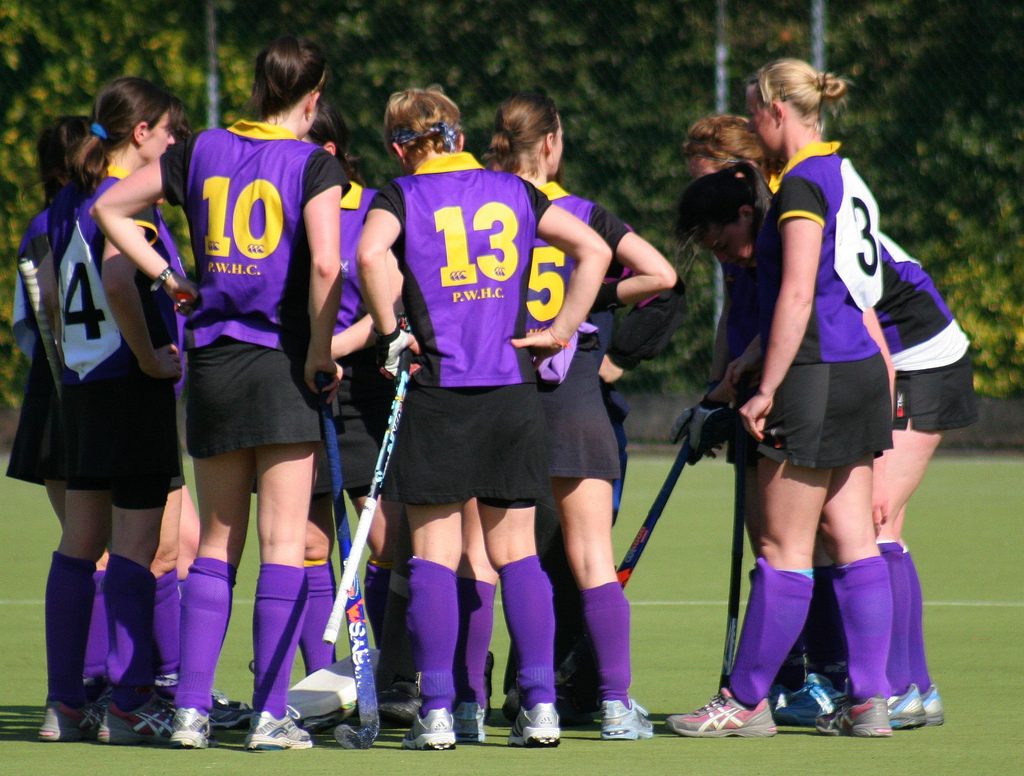 On a bitterly cold, dark February evening, we ventured forth to the spooky hollow where the Rathgar pitch is nestled amongst the woods. The team atmosphere was heavy. Here we were, the underdogs, having lost our only league match to Rathgar – a devastating 3-0 defeat at home. We weren’t just fighting for the cup; we were fighting for our pride. A challenging match from the beginning, Rathgar consistently put pressure on our defence. Pembroke mids and even our forwards frequented our circle, tracking back whenever Rathgar made their notoriously quick breaks. Nobody was going out without a fight.

A perfectly executed Pembroke goal by Alison Pigot from a short corner in the first half lifted the team’s spirit. However despite the defence’s best efforts to maintain a clean sheet – clearing all but one of the nine short corners conceded, Rathgar succeeded in bringing the score line level in the second half. When Rathgar stepped up to take a penalty flick 20 minutes from the end, our champion goalie Claire Seymour made a spectacular save. The final whistle blew and at one goal a piece came the inevitable extra time.

To call it a dog fight would be an understatement, bodies were put on the line, at times the 10 minutes looked more like a game of rugby than hockey but all of the torture, I mean fitness, inflicted at Monday night’s training session (shuttle runs with interval core challenges (the 5s party piece!) paid off. Defensively we took no prisoners. Mid field pushed the game up as far forward as possible, credit must be paid to Róisín Corcoran who despite feeling under the weather played both positions of right back and right mid perfectly. Our forwards made several breaks attempting to bring us to glory.

However Rathgar wanted this as much as we did. Both teams pictured themselves in the semi-final. Our three supporters on the side line were deafened by the swarming Rathgar crowd. Everyone was exhausted. Dramatic saves were made on the line. Rathgar continued to battle. Then the final final whistle blew. The result would be determined by penalty flicks.

Our captain Lydia Coleman had plagued us for weeks leading up to this game. Compelling us to stay behind on many a cold winter night to practice flicks long after the other teams had finished up training and gone home for their dinner or to enjoy the mid-week movie. Perhaps she has some psychic powers because when our courageous teammates; Lydia herself (“the psych-them-out smiler”), Bex (“secret weapon”) and Avril (“resident speed demon”) stood up to the plate to lead our team to victory, it was all worth it in the end.

Yet it was our aforementioned goalkeeper extraordinaire that saved the day. Rathgar had no chance when facing this iron lady who was most definitely in the zone. The penalty flick in the second half just proved to be Claire’s warm up. With three confident saves including a spectacular mid-air sweep with her stick, the semi-final is now ours for the taking.

UCD watch out. We’re coming to get the cup…