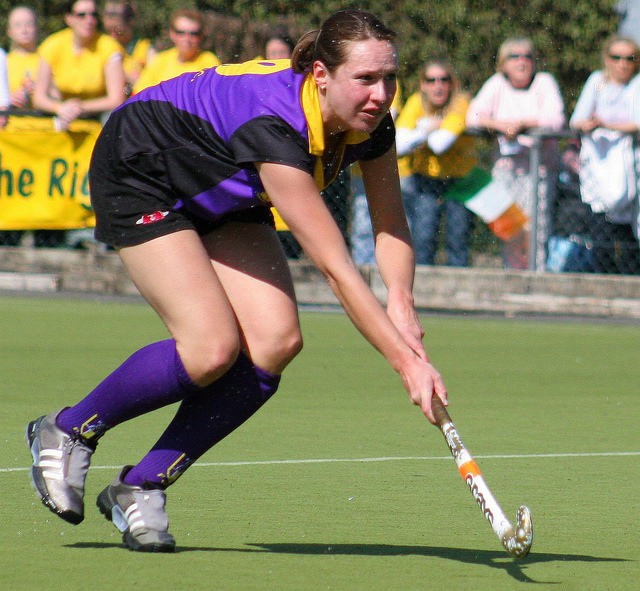 Div 7/8 Leinster Cup Final
Pembroke Wanderers 6XI 0 – 1 Railway 3XI 1
A disappointing end to a great season for the Ladies 6ths in Grange Road where they succumbed to a 1-0 loss to a strong Railway 3rd XI in the Div 7/8 Cup Final. With 3 weeks to go the league the girls looked well positioned to take the league title, ahead of their appearance in this final – but a draw at home to Tullamore when a win was required was always going to make it an uphill task in a very tight league and in the end they finished in third spot, one point ahead of  Railway in the rankings.

Pembroke had beaten Railway 2-0 twice this season in the league but anything can happen on Cup Final day and when it mattered most Railway were narrowly the stronger team and deserved of their silverware.

The winning goal came with 10 mins to play, a squared ball found Mini Douglas on the p-spot, with quick precision she took one touch and smashed the ball home past Sinead Guilfoyle in goals. It was always going to take something special to beat Sinead, who had earlier kept out Railway with some expertly taken saves, but she had no chance this time.

Pembroke had earlier enjoyed their best passages of play in the 1st half, with Aisling Schutte and Marianne Murphy combining well on several occasions, only to be denied by some stout Railway defending. At the other end Pembroke were always going to be difficult to break down with Barbara Kearney and Ciara Hughes proving to be stubborn opponents, and particularily quick to loose ball around the D. In midfield Jen Tutty had another great game while Emily Rice made some nice breaks when she came on just before half time.

Aisling Schutte probably had Pembroke’s best chance after 30 mins, picking the ball up inside her own half she drove forward only to be denied by Mead’s right foot in goals. Pembroke went close with a switched corner from Sally Ann but the chance was again snuffed out, and they never looked as dangerous again in the second half when Railway defied the heat and managed to step in up a gear or two.

Douglas hassled the defence all day long, and after she took her chance so well it was always an uphill battle for the Pembroke girls with only minutes remaining but they could take consolation knowing they had lost to a goal which was deserved of the occasion.