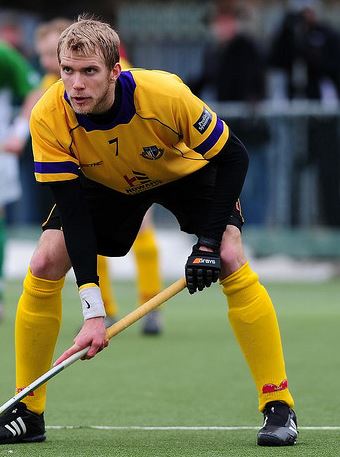 Pembroke were playing YMCA for the first time in the season and are currently occupying second place in the League. In a high energy but riddled with ineffective passing and control in the last quarter of the pitch Pembroke had greater possession in the first half and earned 3 penalty corners.

All ‘flicks from Conor Harte were saved and the score at half time was 0-0. In a second half which was quite similar to the first Pembroke were again territorially dominant. Eventually, in the 56th minute, Harte converted from their fifth penalty corner with a low and hard flick to the ‘keeper’s right to take a deserving lead. From their third penalty corner, all in the second half, YM at last beat Ian Clarke, low to his right to equalise.

With time running out Pembroke finally got the ball under control in the circle from a passing movement down the right and Simon McKeever pushed the ball over the line to retake the lead; 2-1.

The Pembroke supporters had to endure a frantic YM offensive, including a further p/c, which was well cleared and the supporters were as relieved as the team to hear the final whistle and 3 points earned to maintain their second place behind TRR and ahead of Monkstown in the Senior League.

Next Saturday is ISC last 16, away to Cookstown, which will be a difficult venue to travel to, to get a win.